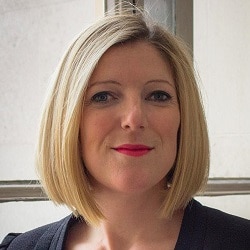 The demands of working under Covid-19 has led to an accelerated culture change at magic circle firm Freshfields Bruckhaus Deringer, with lawyers much more willing to adopt tech solutions rapidly, its chief legal innovation officer has revealed.

The firm has conducted more than 80,000 virtual team meetings by video conferencing in three months of lockdown, highlighting the massive scale of change wrought by the pandemic.

Speaking at the recent ‘virtual’ Legal Geek conference, innovation chief Adam Ryan said: “Before, we had a culture of perfectionism and wanting things to be absolutely perfect before they were rolled out. That’s really gone now… which is fantastic.”

He said the firm had sought to embed “ownership” of technological change among the lawyers, such as giving them training in communications and marketing.

This meant “it’s now the individual associates that are helping to roll out and implement the solutions across the business”.

Freshfields, which has more than 2,000 lawyers, had “essentially become a virtual law firm overnight”, according to Charlotte Baldwin, the firm’s chief digital and technology officer, added.

“For the first time in the firm’s 275-year history, everyone has been working remotely from all of our global locations…

Ms Baldwin said remote working had been made easier because the firm had already moved to the cloud in an effort to “future proof” the firm and respond to clients’ needs.

Fellow global law firm, Dentons, which has 183 offices in 75 countries, used its slot at the conference to explain how the Libryo start-up compliance product, which has investment from the firm’s NextLaw Labs business accelerator, had helped clients to make sense of Covid-19 laws applied across multiple jurisdictions.

Libryo’s chief executive, Peter Flynn, likened the law in different jurisdictions to railway gauges around the world, whose width often differed across countries, meaning trains could not easily be moved between one country and another.

Therefore, his product treated “law as data”, breaking it down into digital components to deal with the problem.

In the future, Mr Flynn believed law and legal content would increasingly be disaggregated into data, and then software apps would translate it between jurisdictions.

Rather than work currently done by lawyers being eliminated, this would mean they were free to devote themselves to analysing and interpreting the law.

Thus, he said, “in future lawyers will get to do more of what they are best at”.

Eric Tanenblatt, Dentons’ head of global regulatory practice, said a real-life example of how this would work related to a project the firm was working on for a large retail outlet which operated in multiple jurisdictions.

“With Libryo, we are able to identify specific bodies of law and the differences in each jurisdiction where they operate so that we can advise them in a very effective way as to what they need to do to comply… And we are going to save a whole lot of time by utilising the technology.”