French law banning naming of judges “will not stop analytics” 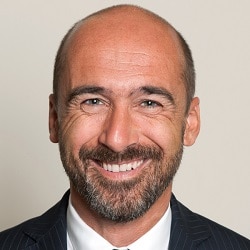 A French law banning the publication of statistical information about judges’ decisions will not prevent the analysis of judicial rulings, which will remain a valuable tool, a leading Paris technology lawyer has said.

The surprise move to ensure the anonymity of French judges, apparently aimed at the growing litigation analytics and prediction industry, was built into 2019 judicial reform legislation.

French lawyers are now demanding similar protection, in a resolution passed by the Council of National Bar Associations last month.

The law guarantees that court decisions will be made available to the public free of charge and in electronic form.

However, the judges, reportedly spooked by publicly available information that suggested some magistrates routinely rejected asylum applications, demanded that they be excluded from statistical analysis on pain of a criminal penalty of up to five years in prison.

An approximate translation of the new law, Article 33, is: “The identity data of magistrates and members of the judiciary cannot be reused with the purpose or effect of evaluating, analysing, comparing or predicting their actual or presumed professional practices.”

Under the heading “More predictable justice”, an attached report continued: “It will have to be accompanied by a regulation of the algorithms which exploit the data resulting from decisions, in order to ensure transparency of the methodologies implemented.

“The profiling of judges and registry officials will also be prohibited so as not to undermine the proper functioning of justice.”

Online fallout from the law included scepticism about its enforceability, with suspicion that law firm clients undergoing litigation would still confidentially be supplied information on judges biases and patterns of decision-making, just as before.

Others complained that the new law potentially harmed innovation and expressed doubt that the ban would be sustainable in the long term, as the availability of sophisticated machine learning tools expanded inexorably.

The practice of statistical modelling of the decisions of individual judges is well established in the US – with products such as Lex Machina and Context by Lexis Nexis, and Gavelytics.

In the UK it has gained traction recently, with litigation analytics being delivered by start-ups such as  Solomonic, CourtQuant and Case Crunch.

However, Philippe Glaser, a partner and specialist in computer technology-related litigation at the Paris office of City law firm Taylor Wessing, told Legal Futures the new law would have little effect on companies that currently analysed judicial decisions.

He added it was unthinkable that judges’ decisions would be analysed in the manner of the US, since in France most decisions were rendered in a “collegial manner”.

Therefore, a ban on analysing named judges’ behaviour would not prevent “a high-quality statistical study” and “the comparative study of decisions… will remain a valuable tool with or without the names of the judges”.

Mr Glaser acknowledged that law firms were interested in ‘forum shopping’ but said the choice of court could not depend on the individual judge because it was “impossible to know in advance what the precise composition of the chosen court will be”.