Free2Convey to launch next month, with the focus on security 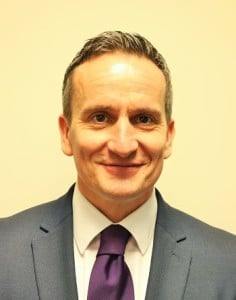 Lancaster: being free is “paramount and critical”

Free2Convey, which began as a free rival to failed conveyancing portal Veyo, is to formally launch to all conveyancers at the start of next month.

Matt Lancaster, chair of Legal Software Suppliers Association (LSSA), said Free2Convey had evolved from being simply a “tool to make conveyancing easier” to the beginning of a “trusted community”.

Mr Lancaster said the LSSA, which has been working on the portal since Legal Futures announced its arrival in September last year, had entered a partnership with the Safe Move Scheme to add “new anti-fraud tools and additional secure messaging”.

Jason Tunn, head of the Metropolitan Police cyber crime unit, is due to speak at the Free2Convey launch event on 5 February.

The main features of the portal are ‘chain view’, giving conveyancers a real-time overview of a conveyancing chain for the first time, and an online ‘deal room’, allowing the parties to upload and work on documents collaboratively.

Mr Lancaster said the launch of the service to all conveyancers, planned for November, was delayed by demands from conveyancers for additional security.

He said a pilot with six law firms had successfully ended and the development process had not been “tricky”, but “what inevitably happens with software is that it has evolved”.

Mr Lancaster said Free2Convey was initially designed to introduce chain view and act as a “tool to make conveyancing easier”.

However, he said feedback from conveyancers made it clear that there was an appetite to “create a trusted community and provide more security in communication”.

In response, he said Free2Convey had agreed a partnership with the Safe Move Scheme, which added “new anti-fraud tools and additional secure messaging”.

The Safe Move Scheme – created by the BE Consultancy with the involvement of conveyancers, lenders, mortgage brokers and crime prevention agencies – aims to prevent cyber and other types of property crime.

Along with Safe Move and Lawyer Checker, Mr Lancaster said Free2Convey would integrate with the Land Registry Business Gateway, used by most conveyancers, and the Council for Licensed Conveyancers database.

“I’m really optimistic,” Mr Lancaster said. “We’ve had contact with a lot of law firms who are really excited about us, and I can’t wait to get started.

“Lethargy is always a problem, but we’re doing everything we can to try and combat it. We’ll have early adopters and late adopters.

“Cost is the biggest barrier to use, and it’s one we had to remove. If someone receives an invitation to join chain view, and it’s free, they’re much more likely to use it.

“Being free is paramount and critical to its success. That’s why we chose the name – to make it clear that we’re free and we always will be.”