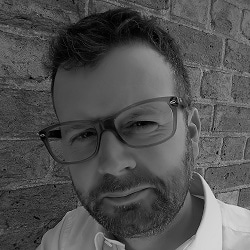 The founder of an online service centred on free wills is recruiting law firms and national charities in a bid to become “the leading will-writing brand in the UK”.

Jonathan Brewer, formerly a commercial solicitor, said that, by blending legal advice and free online wills, Bequeathed was a way for law firms “to fight against the unregulated providers and the Co-op”.

He went on: “The reality is that free wills are out there. For the last 15 years solicitors have been supporting free will offers for charities. That ship has already sailed.

“Consumers think they can make a will for free and solicitors have been complicit in this. Solicitors can either rail against that or build their strategy around it.”

Mr Brewer said Bequeathed highlighted to consumers when they might or should pay for expert legal advice from a law firm.

“Will-writing is often relatively straightforward, even for a complex estate. The value for the consumer is in the advice that goes with it.”

Where consumers needed advice, Mr Brewer said Bequeathed referred them to law firms in their area.

“Lawyers pick up the drafting process at the point at which the consumers leave it,” he said. “They are getting a very warm lead, because the consumer had accepted the need for advice and the need to pay for it.”

He said law firms were able give consumers accurate price estimates because of the information from the online equivalent of a first interview carried out by Bequeathed.

He said the website would not prescribe rates law firms charged but “expected to see patterns emerge”.

Mr Brewer said four law firms had signed up to Bequeathed since its launch in June this year.

They are West Midlands firm FBC Manby Bowdler, Rix & Kay in Sussex and Kent, Woollcombe Yonge in Plymouth and SSB Law in Sheffield. Law firms pay an annual subscription for work referred to them.

Mr Brewer said two more firms in Exeter and East Anglia would sign up this month, as well as a national firm. After that he expected law firms to join at the rate of around two a month.

As well as prompting consumers to use lawyers, Bequeathed prompts them to give money to charities.

Mr Brewer said he had signed up the British Red Cross, the RNLI, the RNIB, World Vision, World Cancer Research Fund and the Lord’s Taverners. Like law firms, charities pay an annual subscription.

“The big selling point for charities is that we are involving lawyers and there is support for people when they are online.”

Mr Brewer was a solicitor at Pinsent Masons and CMS Cameron McKenna before working as product development director for LexisNexis and founding Evident Legal in 2011.

Evident launched Simplify the Law, which transformed itself from a law firm network to an online legal service aimed at commercial lawyers and individuals. The similarly named Simplify Group, owners of QualitySolicitors, bought Simplify the Law and Evident in 2015.

Mr Brewer then developed Simplify Wills, in which 1,500 free online wills were written in six months, funded by charities which received legacies worth £3.2m.

Two years later he bought back the IP for the wills concept from the Simplify Group, which wanted to focus on conveyancing.

“For every person who went through the online process, two or three failed to complete it. That is the opportunity for law firms.

“If lawyers are not involved, many people end up either not making a will or making one which does not meet their needs. Bequeathed blends legal advice with online, meaning consumers get the advice they need.”

He added that he believed Bequeathed could also help increase the number of people who made wills. “Making wills available for free online removes a primary barrier to making a will in the first place.”