Free wills “as profitable as charging a few hundred pounds” 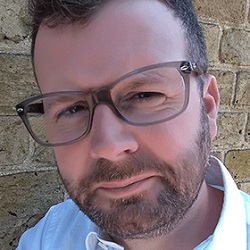 Law firms can make as much money by providing their clients with free wills and charging for additional services than by charging a few hundred pounds for a will, the founder of a free wills website has argued.

Jon Brewer, a former solicitor and founder of Bequeathed, said he worked with a law firm that had written 1,400 free wills for clients over the last 12 months and “not lost a single penny in revenue”.

His comments came as Bequeathed announced that it had worked with the Royal National Institute of Blind People and digital inclusion specialist Hassell Inclusion to make online will preparation more accessible.

Bequeathed – which began operating in 2018 – changed its business model at the start of 2021 from providing free wills to download and optional advice from a lawyer, to offering a ‘Will For Good’ – “Good for family. Good for friends. Good for charity”, the marketing says.

This is a will based on 30 minutes of free advice from a solicitor or will writer after completing an online questionnaire.

Mr Brewer said part of the reason for introducing the new service was to help Bequeathed stand out from the growing ranks of online will writers who did not offer legal advice.

The online service makes the appointments, sends out the client-care letters, checks the ID of clients and drafts the initial will.

Bequeathed works with six law firms – four in England, one in Scotland and one in Northern Ireland – as well as 140 charities, while it has this week agreed a partnership with Accord Legal Services, a major will writer based in St Helens, with 250 consultants across the UK.

Mr Brewer said one of the law firms, which used to charge clients a minimum of £200 plus VAT for a will, had written 1,400 free wills without losing any revenue because it provided additional services such as tax advice or a lasting power of attorney.

The firm had also increased the number of wills it had written, adding to the size of its wills bank and as a result probate work.

Mr Brewer said Bequeathed was looking for “quality providers of will-writing services” to work with, regulated or unregulated.

“You can have a really poor provider of legal services which is regulated and is a really good one which is unregulated”.

He said what concerned him were the levels of qualification for key staff, the terms and conditions for providing services to consumers and the insurance back-up if things went wrong.

Accord is run by practitioners with qualifications from the Society of Trust and Estate Practitioners and Mr Brewer said its indemnity insurance was of a similar level to that required by regulated law firms.

He said the pandemic had increased the number of consumers going online to make wills, and “who would have wanted to tale advice from a solicitor or will writer had they been able to”.

Mr Brewer said law firms valued the opportunity to talk to all consumers who wanted a Will for Good, rather than only those who considered that they needed legal advice.

“With more and more will writers out there, the legal profession has to respond in a way that increases its profitability and the number of wills it writes.

“Wills have long been talked about as a loss leader. With ‘Will for Good’ you don’t have to make a loss.”

Mr Brewer added that later this summer, Bequeathed would be announcing a partnership with a national network of financial advisers.