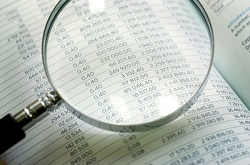 The Financial Reporting Council (FRC) has issued the first finding from its two-and-a-half-year investigation into the accounts of Quindell, imposing discounted fines of £780,000 on former auditors who it said had failed to “exercise sufficient professional scepticism”.

Both parties admitted misconduct in relation to the audit of the financial statements of Quindell Portfolio plc and Quindell Ltd for the period ended 31 December 2011.

The investigation into accounts audited by KPMG in later years continues.

The FRC swung into action in August 2015 after Quindell’s 2014 accounts were published with substantial restatements of prior year revenues, profits and net assets.

Quindell’s professional services division had already been acquired by Slater & Gordon by then, and the law firm is currently suing Watchstone Group (as Quindell is now called) for fraudulent misrepresentation.

The FRC said: “Tenon and Mr Filley, a member of the Institute of Chartered Accountants in England and Wales (ICAEW), have admitted that their conduct fell significantly short of the standards reasonably to be expected of a member and a member firm and that they failed to act in accordance with the ICAEW’s fundamental principle of professional competence and due care.

“The admitted acts of misconduct related to two elements of the audits, and included failure to obtain reasonable assurance that the financial statements as a whole were free from material misstatement, failure to obtain sufficient appropriate audit evidence and failure to exercise sufficient professional scepticism.”

The FRC said this related to the accounting treatment of the reverse acquisition of Mission Capital plc – which at the time was a cash shell – and a number of transactions entered into in 2011 by Quindell entities and TMC (Southern) Ltd.

The Serious Fraud Office began investigating Quindell at the same time as the FRC. There has been no news on the progress of this since.