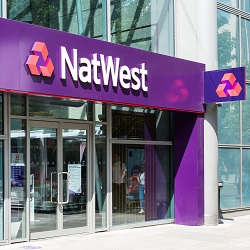 The fraudsters whose activities led to NatWest being fined £265m over anti-money laundering failures lied about having retained a Manchester law firm in a bid to deflect suspicions, it emerged yesterday.

Fowler Oldfield, a jewellery business based in Bradford, told its relationship manager at the bank that it was using Lewis Hymanson Small to conduct due diligence on customers when it was not.

The relationship manager used this information at points during the indictment period of November 2012 to June 2016 to allay concerns raised internally about what was going on at the company.

He wrote on the bank’s relationship management platform that Fowler Oldfield had instructed the firm, “a large Manchester solicitors, to carry out all their due diligence and provide an audit trail on every client”.

He also cited this as evidence that Fowler Oldfield took its anti-money laundering responsibilities “very seriously”.

But the statement of agreed facts released by the High Court said that, while Fowler Oldfield was a client of Lewis Hymanson Small between July 2013 and September 2016, the firm had “no record of it having been instructed to undertake due diligence on Fowler Oldfield’s customers”.

NatWest was fined £265m – reduced by a third from £397m due to its guilty plea – following convictions for three offences of failing to comply with money laundering regulations.

It was the first time the Financial Conduct Authority (FCA) has pursued criminal charges for money laundering failings.

Mrs Justice Cockerill, the sentencing judge at Southwark Crown Court, said: “It must be borne in mind that, although in no way complicit in the money laundering which took place, the bank was functionally vital.

When it first took on Fowler Oldfield, NatWest initially understood it would not handle cash from the business and that its annual turnover would be around £15m.

However, over the course of the relationship approximately £365m was deposited with the bank, of which around £264m was in cash. At its height, Fowler Oldfield was depositing £1.8m in cash across multiple branches every day.

Staff at the Walsall branch reported in 2015 that thousands of pounds in cash was brought into the branch uncounted in big black bin liners; the weight was so great that the bags would break and staff had to move the cash into stronger hessian sacks.

The prosecution highlighted a litany of failures by both people and technology at NatWest, despite some staff raising internal reports of suspicious activity.

A separate investigation by West Yorkshire Police has led to 11 people pleading guilty to charges relating to the cash deposits and three cash couriers being charged. A further 13 individuals are awaiting trial next year.

The relationship manager was fired in 2018 for gross misconduct over his handling of the Fowler Oldfield account. It is not suggested he was involved in the fraud.

Mark Steward, executive director of enforcement and market oversight at the FCA, said: “NatWest is responsible for a catalogue of failures in the way it monitored and scrutinised transactions that were self-evidently suspicious.

“Combined with serious systems failures, like the treatment of cash deposits as cheques, these failures created an open door for money laundering.”