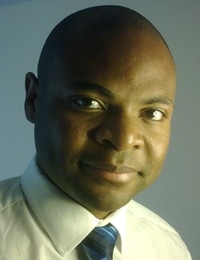 Alternative business structures (ABSs) cannot be viewed as law firms and will not be allowed to operate in France, the body representing the 179 French bar associations has said.

In a resolution passed last month, the Conseil National des Barreaux said ABSs conflict with the independence of the legal profession.

The decision was made even though since last year French avocats have been able to set up a form of multi-disciplinary practice with some other professions, such as accountants and notaries.

It is likely to mean that if an English firm with a Paris operation became an ABS, it would need to find a structure to isolate the French arm from it.

Alain-Christian Monkam, a French avocat and English-qualifed employment solicitor who chairs the Franco-British commission of the Paris Bar, told Legal Futures that elements of the French legal culture explained the opposition: the less concentrated nature of the French profession (52,000 advocats, half of whom practice in Paris, and who mainly operate on their own or in small firms); the requirement on in-house lawyers to seek suspension from their local Bar on the grounds that they are not seen as independent; and strict rules on who avocats can go into business with.

He added that he recently accompanied the president of the Paris Bar, Christiane Féral-Schuhl, to meet the now former Law Society president John Wotton.

Mr Monkam said: “Despite Mr Wotton’s enthusiasm for ABS, she explained some of the reasons for opposing the arrival of the ABS in France. A long time will pass before the French and English law societies reach a common view.”

France joins legal regulators in Germany and the US as vocal opponents to ABS. In April the American Bar Association dropped plans for any changes to its policy prohibiting the non-lawyer ownership of law firms. The German Federal Bar has been an outspoken critic of the policy from when the Legal Services Bill was going through Parliament in 2006.