Four solicitors struck off after leaving firm in £61m debt 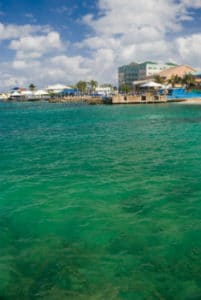 Four solicitors have been struck off for their role at a Preston law firm which collapsed owing the scandal-hit Axiom Legal Financing Fund £61m.

Two non-solicitors have also been banned from working in the profession and were fined £250,000 between them.

This is the biggest disciplinary case yet involving the Axiom fund (see previous stories). The Cayman Islands-based fund – which lent money to several law firms – closed in October 2012 in the wake of allegations of fraud, and went into receivership in February 2013.

This case concerned Emmett Solicitors, which changed its name in 2011 to Ashton Fox.

The Solicitors Disciplinary Tribunal (SDT) found that Richard Emmett, Lindsay Helen Emmett, Matthew Stokes and Mary Hunter failed to maintain proper and effective control of the firm, and engaged in a pattern of “excessive and reckless borrowing”.

Further, they misused monies borrowed from Axiom, while the Emmetts bought ATM Solicitors for £3m without carrying any due diligence and again misused Axiom money in doing so, and the Emmetts and Mr Stokes allowed the firm to be owned by a non-lawyer. In relation to these three issues, they were found to be dishonest.

These allegations were made against non-lawyers David Rae and Dale Stephenson as well – except for those relating to running the firm and the ATM acquisition – and they were also found to have exerted an inappropriate level of control over Ashton Fox to the exclusion of the solicitors who were meant to be running it.

Mr Rae also became the owner of firm when not a solicitor or regulated. His actions were dishonest too, as were Mr Stephenson’s in relation to the control he held over the firm.

Ashton Fox was dependent on the Axiom funding, the tribunal found.

Though the money was supposedly lent to fund ‘no win, no fee’ cases, it was used in many other ways, including £66,000 on a personal trainer.

Richard Emmett and Louise Emmett, the solicitors who initially owned the firm, and companies in which Mr Emmett had an interest, received £2m from the Axiom funds, including a cash payment of £526,000 when they sold the net assets of what was their partnership to a limited company they had set up.

The SDT was “not persuaded” that it was worth that amount, but in any event it did not justify using Axiom funds for that purpose. The tribunal said the consideration could have been as little as £1.

The firm drew down £2,100 from Axiom on each case, but after deductions for other services only received £950, of which 8% went to Mr Emmett and 12% to a man called ‘TS’ in the ruling, but who the Solicitors Regulation Authority has confirmed was Tim Schools, a now struck-off solicitor who was a key figure in the Axiom fund.

From the remaining £760, the firm paid £125 to an introducer and, if the firm issued proceedings, the court fee would be deducted, leaving a balance of £585 to cover any expert evidence, case preparation costs and any other disbursements.

The tribunal found that “there was simply not enough money left from the drawdown to come close to being able to run the cases on those sums”.

It continued: “It therefore followed, and [Mr Emmett] had accepted this in his evidence, that the firm had to get new cases in to ensure that the existing cases could be funded.

“This created the ‘carousel’ effect, which meant that unless the cases settled quickly and for significant amounts, the firm would have to bring in ever-higher numbers of cases ‘just to stand still’…

“The result of this borrowing structure was the firm was entirely dependent on the fund for its survival and in the long term, the firm had no realistic prospect of being able to discharge the debts.”

Nearly £15m of the Ashton Fox money went to Mr Schools, members of his family and companies owned by or associated with him, the SDT said.

On 6 April 2011, Ashton Fox acquired ATM Solicitors from Mr Schools for £3m, meaning it increased the borrowing by £6m. Axiom had already lent ATM £6.2m before the deal and ATM had debts of £13m.

The Emmetts accepted that they had done no due diligence on the purchase and the tribunal said Mr Emmett’s confidence that ATM’s cases would settle and repay the money was “fanciful”.

In late 2011, the Emmetts wanted to leave and sold their shares in the firm to a company owned by Mr Rae, and though Mr Rae transferred his shares, interest and goodwill in that company to Mr Stokes, it was clear that Mr Stokes was just holding it on trust for him.

Mr Rae, the tribunal found, was in essence the firm’s CEO, and his and Mr Schools had effective control of it. “[The Emmetts] were directors and were finding themselves outvoted by people who were not directors but on whom they relied to keep the firm afloat.”

Mr Emmett told the tribunal that they had seen the funding as “an exciting opportunity to offer access to justice to those who could not otherwise bring cases”.

The SDT accepted that he may have initially believed this, but continued: “His motivation changed and he was beguiled by the opportunity presented to him by TS that would benefit him and [Ms Emmett] financially…

“Having possibly initially thought that he could trade his way out of the difficulties in which he had got himself, he had decided to try and get out with as much money as possible…

“The tribunal found there to be catastrophic damage to the reputation of the profession. Individual investors in the fund had lost between £15,000 and £250,000.”

Ms Emmett’s culpability was the same, the SDT said, although he was “more proactive” than her.

The tribunal said it was satisfied that “the overriding objective of TS and [Mr Rae] was to get as much money out of the Axiom fund, through the firm, as they could… Further, he had wrested proper and effective control from the directors”. The SDT fined him £200,000.

Mr Stephenson benefited significantly less than the others, but the SDT said he was working closely with Mr Rae to help him and Mr Schools. He was “less of a driving force” than Mr Rae and was fined £50,000.

The Emmetts said all their money was gone, lost in a subsequent law firm that failed and other businesses. They told the SDT that their family home was subject to possession proceedings, their car had been repossessed and that bailiffs had attended their address.

Richard Emmett and David Rae indicated to the tribunal that they were subject to investigation by the Serious Fraud Office as well.

NOTE: The original version of this story wrongly named Louise Emmett as the second respondent. This was based on the name mistakenly given on the SDT’s written ruling.