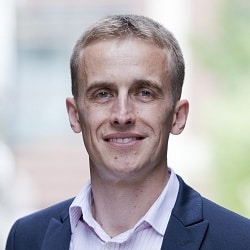 The private equity investor that now has stakes in four law firms is on the lookout for more, it has told Legal Futures.

Earlier this month, BGF made a “multi-million pound” investment in Equilaw – which says it is the UK’s only law firm dedicated to equity release work – and residential conveyancer Thomas Legal. They are sister businesses with common owners.

They join multi-office high street law firm McMillan Williams – which has received £7.7m in investment from BGF since February 2015 – and ‘dispersed’ practice Setfords, which received £3.75m at the end of 2016.

Ned Dorbin, who leads BGF’s investment team in the South-West and Wales, and is now also a non-lawyer manager of Equilaw, said the experience of the first two firms has been “positive”, and BGF has looked at around a dozen other practices.

“We are only interested in firms with a clear niche or different operating model that allows them to grow successfully and create value for the shareholders,” he explained.

Mr Dorbin said Equilaw in particular fitted the criteria because it “has a niche focus and the equity release market is growing rapidly”. BGF was investing in its growth strategy, “particularly in developing the technology to ensure it stays as the market leader”.

He continued that BGF was interested in more legal market investments of this nature.

Ultimately, like any investor, BGF will look to exit, but Mr Dorbin said it “always takes a patient approach to its investments so we don’t have a pre-defined exit horizon”.

He said: “Instead we align ourselves with the other shareholders and when they decide to exit. Our exits take many forms but I think these firms are likely to be acquired by a trade buyer in the future.”

It has to date invested £1.6bn in 239 companies, and makes initial investments of £1m-10m in return for a minority stake no greater than 40%, the ability to sit on the board as a director and invite a non-executive chairman or director to join them.