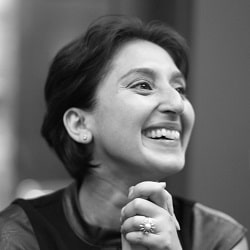 Kassam: Law was on my side

Mr Goodwin, managing partner of what is now called Provenio Litigation, told Legal Futures the name Fortuna Law was dropped last month “as we have no association with Fortune Law or indeed any other firms with a similar trading style”.

However, Mr Goodwin said he was “not aware of any confusion” between those firms and Fortuna Law.

Fortuna was launched last year as an alternative business structure specialising in complex and high-value cases, with £1m in funding from an anonymous private investor.

Mr Goodwin said in November that the ABS, based in Liverpool, was handling cases with a combined value of over £750m, including two cases worth £200m each.

Shainul Kassam, founder of central London firm Fortune Law, said in a LinkedIn post that she had “turned up the temperature” with Fortuna Law after raising concerns about its name.

Ms Kassam explained how she had quit her job floating companies on the stock market and started her own law firm, Fortune Law, advising start-ups and entrepreneurs in 2004 – she was reported at that time to be the youngest woman to start a law firm in the UK solo.

“One of the first things I did was to register my trademark at the UK Intellectual Property Office.

“Fortune Law. These two words became more than words, they became my world as a lawyer, a founder, a marketing aficionado, a problem solver, a late-night owl, an employer, a trusted adviser, a mentor, a speaker, a leader.

“They became my identity and the visual representation of my fiercely-guarded reputation.”

Ms Kassam said that 16 years later, her investment in the brand name Fortune Law had “paid off in spades”.

She said she called Fortuna Law when it launched: “I spoke politely about my concerns, they didn’t see the problem and so I set out the problem. Politely.

“You can afford to be polite when the law is on your side. I gave them some time. You can afford patience when you know the outcome. They came back and wanted to see how it went and keep an eye on things in case the public were confused. I turned up the temperature.”

Ms Kassam said that after explaining “the law and my rights” and that she would “put her gloves on if needed”, Fortuna Law changed its name.

Mr Goodwin added: “We wish Shainul and the team at Fortune Law continued success in the future. Following a very positive dialogue, they know where we are should any of their clients require specialist business litigation support in conflict cases.”