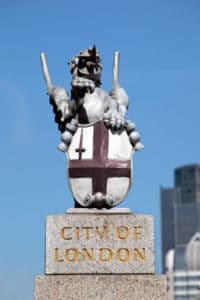 City of London: US firms to the fore

A new report has spelt out the “formidable” competition the Big Four accountants could become in the legal market, given that the three largest of them alone turnover more than the biggest 100 law firms in the world combined

The report, published in the wake of Deloitte becoming the last member of the Big Four to apply for an alternative business structure licence, noted also that they spend more on technology and training each year than the revenue of any law firm.

Citi Bank, with Hildebrandt Consulting, said the Big Four “have the scale to disrupt the legal services market, but they have not yet built the legal brand to compete for high-quality law firm business”.

Their main progress appeared to be in continental Europe and the Asia Pacific region, the report said.

But it continued: “The sheer depth and reach of the Big Four potentially makes them formidable competitors… They are very experienced at developing multi-point client relationships and ‘solutions’ to clients’ business issues.

“While this is not the first time that the Big Four have built legal services businesses, this time they are building them as part of an integrated service offering rather than a stand-alone product… They are currently growing from a relatively low base but achieving impressive growth rates in mature markets.

“More clarity as to their product offering and more effective coordination across geography may be needed to achieve real success. Still, their renewed interest and recent progress in offering legal services make them a market force to watch.”

The market push towards client-facing artificial intelligence may also suit the Big Four, it said, “given their global platform and their mindset around technology infrastructure investment and the more efficient delivery of large-scale legal services”.

The report also reviewed the state of the UK market – focusing on the big firms – and observed “a continuing trend has been the increasing potency of US firms, especially in London”.

It explained: “Although only a small number of the over 100 US firms in London are covering all their costs on a fully allocated basis (including partner distributions), they have had a major impact on the market.

“A number of major US firms have significantly improved their market position and are regularly gaining leading roles in major M&A and private equity transactions and corporate and securities investigations. Indeed, for big-ticket M&A transactions, not only on a UK basis but Europe-wide and globally, a club of about 15 firms have emerged, including the five UK magic circle firms and about 10 major US firms who are consistently instructed on such deals.

“As a result, the next tier of UK firms has been increasingly squeezed and found it consistently challenging to obtain a role in such transactions.”

The report said a small group of strong US firms have also become “far more forensic” in their recruitment of lateral hires in London.

“They are prepared to be patient to get the best candidates and to pay significant amounts for the right person. While their proposition does not appeal to all candidates, they appear able to recruit two or three strong partners a year from each of the four largest magic circle firms and often more from other firms.

UK corporate clients were also exercising their buying power to ensure that law firms become more efficient and deliver their services in the manner and at the price point the client expects.

“Many firms, even for high-end work, are now providing a significant proportion of their work on an alternative fee basis, whether a fixed fee, capped fee or otherwise, thereby providing further incentives for firms to improve their efficiency.

“We also note with interest the increasing number of firms in the UK converting to the alternative business structure, enabling non-lawyer ownership and the expansion of their service offering beyond traditional legal advice. It also paves the way for investment in more efficient ways of delivering services.”

The report said US firms now have about 5,000 UK lawyers working for them. “Growth may have slowed, and some firms may now be more focused as political and economic uncertainties around Brexit continue, but a key group of US firms seem more committed than ever to the London market.

“The continued weakness of sterling and the robustness of earnings of the top US firms is providing them with a strong platform, but in some cases exposing challenges in the London office of less focused US firms.”

It said the current financial year “appears to be going well, if not spectacularly”, with revenues likely to rise by low-single-digit figures. Revenue per lawyer was “still flatlining”, which – as employment and other costs increased – was maintaining pressure on profit margins.