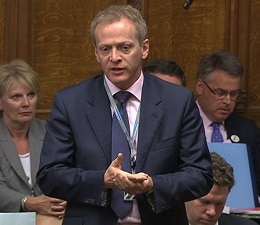 The team under new Lord Chancellor Liz Truss at the Ministry of Justice took shape over the weekend with a clean slate of new ministers appointed.

Sir Oliver Heald QC, who was Solicitor-General between 2012 and 2014, was named minister of state. He practised at the Bar for 20 years before being elected in 1992.

Prime Minister Theresa May named two parliamentary under-secretaries – junior ministers – in former childcare minister Sam Gyimah, who was a banker before being elected in 2010, and one-time GP Phillip Lee, for whom this is a first job in government. He too was first elected in 2010.

Mr Gyimah tweeted that he was “delighted to be appointed as a minister in the justice department to help drive progressive reform of the justice system”. Dr Lee said he was “privileged and honored” to work in Ms May’s first government. Sir Oliver said he too was “delighted”.

In the coming days, which minister covers which areas of policy should be announced.

Of the previous ministers, minister of state Mike Penning has been moved to the Ministry of Defence, and junior minister Caroline Dinenage has gone to the Department of Education. Dominic Raab and Andrew Selous have left government, while the future of Shailesh Vara is not yet clear.

It emerged last week that Lord Faulks QC was leaving government, meaning Ms May will need to appoint a justice minister for the House of Lords.

According to The Times today, Lord Faulks resigned because he felt that Ms Truss’s inexperience could also put at risk the standing of the judiciary and courts.

Lord Faulks told The Times that it was an advantage for the lord chancellor to be a lawyer, although, he said, Ms Truss’s predecessor, Michael Gove, had the intellect and capacity to “generate good will” so that “if anyone could make it work, he could. He had a combination of modesty and self-confidence”.

On her first full day in office on Friday, Ms Truss visited HM Prison Belmarsh, a category A prison, and HM Prison Isis, a category C prison and young offenders’ institution, both in south-east London.

She said: “I look forward to working with Ministry of Justice staff and other agencies on our priorities – improving public safety and reducing reoffending, building a One Nation justice system, and upholding the rule of law.”