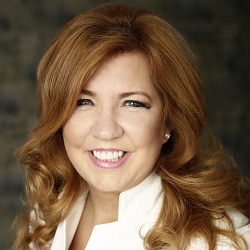 A unique alternative business structure that combines legal and political advice has unveiled a former economic adviser to President GW Bush as its latest high-profile hire.

Dr Philippa (Pippa) Malmgren joins Avonhurst as a senior advisor, saying that the post-Brexit restructuring of the British legal system will give it a global advantage in business.

Last year new recruits to its political strategy services included Lord Barwell, a former MP and minister who served as chief of staff to Prime Minister Theresa May, and Lord Houghton, a general who was formerly the UK’s chief of defence staff.

A one-time banker who was chief currency strategist at Bankers Trust and deputy head of global strategy at UBS, from 2016 to 2019 she served as a non-executive board member of the Department for International Trade.

Dr Malmgren said: “As Britain reconstructs its legal system, post-Brexit, it is poised to benefit from the ancient trust in British rule of law and from having the most current and innovative legal infrastructure in the world.

“This is important, given the speed of technological change and the serious geopolitical issues in other parts of the world. Britain’s legal system is seen as a safe haven for global businesses.”

Avonhurst chief executive Jonathan Bloom: “Pippa brings simple sense-making to the complexities of the world economy, geopolitics and technology. She has advised presidents and prime ministers and has significant experience working in tech, finance and asset management.

“This enables her to provide the kind of informed, real-world insight that enables our clients to see beyond the Brexit pessimism to take advantage of the opportunities offered in the new political and economic landscape.”