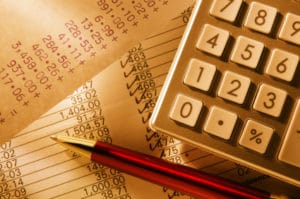 Financial performance was not the only criteria for partners

The Employment Appeal Tribunal (EAT) has dismissed an appeal against a decision that a top-100 regional law firm was not guilty of age discrimination against one of its partners, after he was not offered a new partnership when it restructured.

The senior solicitor had headed the firm’s corporate transaction team in Bristol and led its aerospace, defence and security sector team.

Her Honour Judge Eady QC rejected the appeal and agreed with the tribunal’s acceptance of Foot Anstey’s evidence that it had made decisions on each of its limited equity partners on an individual basis. But she criticised the tribunal for its “confused and unstructured reasoning”.

The tribunal was entitled to conclude that while the statistical picture showed that “the prospect of obtaining equity membership diminishes with the age of the candidate”, this did not shift the burden of proof to the respondent, she found.

Mr Fennell, who was born in 1962, spent 10 years as a solicitor at Burges Salmon before joining Foot Anstey in 2011, aged 49. He complained, among other things, that he had not been offered a new partnership because of his age.

According to yesterday’s judgment, Mr Fennell’s billing had dropped sharply in the year after his performance had been appraised as ‘excellent’ in May 2012. The partners resolved that he should be asked to leave the partnership. The solicitor objected, so  a performance review was agreed and targets set. He did not meet the major target, although was within what the tribunal described as the “soft target range” he had negotiated.

Meanwhile, unrelatedly the firm had embarked on a restructure involving LEPs being replaced by a new grade of equity partner and employed legal directors.

HHJ Eady said the ET was entitled to accept the evidence before it that each LEP’s case had been considered on a bespoke, individual basis, tested not just against financial performance but also the partnership criteria, the individual’s area of practice, their personal circumstances and, as a key factor, the potential for business development.

“I do not consider that the ET lost sight of the… point… that decisions relating to assessments of potential and personal circumstances might be tainted by subconscious age discriminatory considerations. It reached an unchallenged conclusion that the respondent’s assessment of the claimant’s performance was in no sense related to considerations of age.”

The judge concluded: “The claimant’s case does not, in truth, engage with the ET’s reasoning but seeks to reargue matters before me. That does not provide a proper basis of challenge at this stage, and, for all the reasons given, I dismiss the appeal.”

A Foot Anstey spokeswoman said: “We are delighted that the appeal has now concluded. We are proud to offer our employees a dynamic place to work, with a reward system based on talent and performance which the decision reflects.”