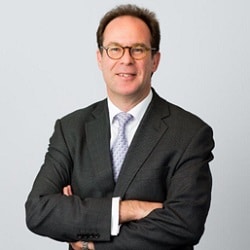 Snowden: Part of claim struck out

A former equity partner in a two-partner North-East law firm faces a claim to repay his overdrawn director’s loan account (DLA) of nearly £230,000 after he failed to strike it out.

The decision of Mr Justice Snowden is the latest stage in a dispute between Lee Goodchild and Scott Taylor, which in 2018 saw the High Court order Mr Taylor to sell his 50% shareholding in Taylor Goodchild Ltd for £170,500, after Mr Goodchild brought an unfair prejudice petition.

Mr Justice Barling ruled that Mr Taylor had conducted the affairs of the firm in a way prejudicial to Mr Goodchild’s interests as a shareholder, and his decision to set up on his own as Scott Taylor Law represented a “clear breach” of his fiduciary and statutory duties as a director of Taylor Goodchild.

In the latest action, Taylor Goodchild claimed repayment of Mr Taylor’s overdrawn DLA, as well as repayment by Scott Taylor Law of at least £106,000 said to have been received in respect of the work in progress for the files he retained.

Mr Taylor responded with an application to strike out the particulars of claim on the ground of res judicata and/or as an abuse of process, and/or for summary judgment, arguing that the matters had been dealt with during the petition proceedings.

However, Snowden J ruled that the DLA claim should go ahead.

“The simple fact is that the DLA claim is a claim in debt by the company against Mr Taylor, the company was a nominal respondent to the petition, and given the deadlock between the directors, the company could not have raised such a claim itself [at that time],” he said.

The issue was raised during the earlier proceedings but Barling J did not address it and acknowledged that his ruling left some matters unresolved, describing this as “unavoidable”.

Snowden J went on: “In light of the above, and given that Barling J’s judgment and his decision not to factor Mr Taylor’s DLA into the value which he fixed for the shares in the company has not been appealed, I do not see how I can conclude that the company or Mr Goodchild could and should have brought and pursued a claim for repayment of the DLA as part of the petition.

“I therefore do not consider that the company’s pursuit of the DLA claim in these proceedings constitutes an abuse of process.”

However, he came to the opposite conclusion on the other aspects of the claim, saying that Mr Taylor’s share of the firm was valued on the basis that the company had no claim under those heads.

He observed that the effect of his ruling on the DLA claim was that Mr Taylor faced the prospect of being ordered to repay a substantial amount of money.

“Whilst I express no view on the merits of that claim or of the defences which have been indicated to it, if I stand back and take a broad merits-based view, it would seem to me fundamentally wrong that, having had his 50% shareholding in the company acquired for a price that reflected neither the value of the DLAs, nor the possibility that the company (of which he owned half) might be entitled to the receipts and profits in respect of the retained files WIP and the diverted business, Mr Taylor should now face having to pay both those amounts in full to the company for the sole benefit of Mr Goodchild.

“In my view, the order for the buy-out (and costs) was an appropriate remedy in respect Mr Taylor’s breaches of duty and unfairly prejudicial conduct.

“To require Mr Taylor to sell his shares for a price that took neither factor into account and then to subject him to the further risk of having to repay both his DLA and those other amounts in full would seem to me to be inherently penal.”