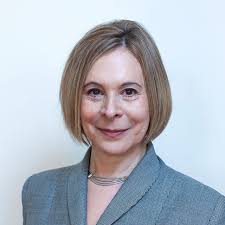 McCarthy: former solicitor chose to operate outside the law

A former solicitor and barrister have both been convicted and sentenced by magistrates for the providing unregulated immigration advice and services.

They are the latest in a string of convictions for this offence.

Hossein Gharaie, 67, formerly a solicitor at Jones Gray Solicitors in London, pleaded guilty at Westminster Magistrates’ Court to five charges. He was sentenced this week to a 12-month community order and 250 hours of unpaid work, concurrent for each offence. He was also ordered to pay £1,681 in costs and a £60 victim surcharge.

Mr Gharaie was struck off the roll of solicitors in 2009 for a series of offences.

The chairperson of the bench said: “These offences were committed over a significant period of time, and it is your responsibility to be appropriately qualified.”

Immigration Services Commissioner Suzanne McCarthy said: “Mr Gharaie chose to operate outside the law, and without regard for the protection of his clients.”

Meanwhile, barrister Khalil Hosenbux, of Hubert Road, Rainham, Essex, was convicted of a single charge and handed a conditional discharge for 18 months. He was also ordered to pay compensation to the victim in the sum of £2,050, prosecution costs of £1,020 and a victim surcharge of £15.

Mr Hosenbux was also a regulated immigration adviser until his suspension on 15 May 2013 following disciplinary proceedings for professional misconduct brought by the Office of the Immigration Services Commissioner (OISC). OISC described him as a “former” barrister and his name does not appear on the Bar Standards Board’s register of practising barristers.

OISC reported that Mr Hosenbux failed to abide by the suspension and continued to operate by submitting a Home Office application on behalf of a client, without disclosing that he was disqualified from doing so.

District Judge Roscoe said: “I accept that this case is different from those normally before the court. You did have qualifications and knowledge of this type of work, but the other side of that is that you should have known better.

“In your favour your early guilty plea and admissions to the OISC have been taken into consideration. This is just one offence and not a continuing course of fraudulent conduct although quite clearly, you shouldn’t have done it.”