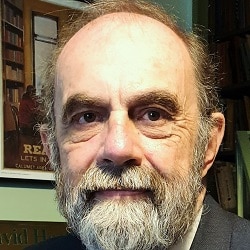 Former government minister David Heath takes over as the new chair of the Costs Lawyer Standards Board (CLSB) this week, arguing for greater protection of the costs lawyer profession.

Mr Heath takes on the role after six years sitting on the board of the Solicitors Regulation Authority, latterly as the senior independent director.

He has served in a variety of roles in government, at both national and local level, and as a member of a number of regulatory boards.

A qualified optician, he was for 18 years a Liberal Democrat MP, and served in government as deputy leader of the House of Commons and as minister of state at Department for Environment, Food and Rural Affairs, before stepping down at the 2015 election.

In opposition, he worked principally in the fields of home affairs and criminal justice, shadowing the Lord Chancellor and serving on the justice select committee – he was also on the committee that scrutinised what became the Legal Services Act 2007.

Mr Heath said: “My experience made the CLSB an attractive opportunity. Its effectiveness has improved significantly over the last 18 months, as recognised by the Legal Services Board, and my role is to ensure that the public is properly protected while regulating costs lawyers in a fair and proportionate way.

“We will not be regulating for the sake of it – only where it has a positive impact on the public and/or the profession.”

He described the work of costs lawyers as “vital to the operation of the justice system and law firms’ businesses”.

He continued: “We will be pressing the case for the title of ‘costs lawyer’ to have statutory protection, and for the work of costs lawyers to be reserved legal activities – moves supported last year by Professor Stephen Mayson in his report on the regulation of the legal profession.”

Professor Mayson’s wide-ranging review included recommendations that only properly qualified and regulated costs lawyers should be allowed to handle costs litigation and advocacy, and the title should be legally protected like it is for solicitors and barristers.

Mr Heath takes over from Steve Winfield, who has been in post for seven years. He will lead a five-strong board, a majority of whom are lay members. The CLSB is the independent regulatory arm of the Association of Costs Lawyers (ACL).

ACL chair Claire Green said: “David has the perfect mix of experience and qualities for this post. There are big issues facing our profession as a small but important corner of the legal market, and David’s know-how should help steer us through them.

“The ACL looks forward to maintaining the constructive dialogue it has developed with the regulator.”

In its annual performance assessment of all the regulators, published just before Christmas, the Legal Services Board commended the CLSB for the progress it has made in meeting its requirements.

It has still to achieve four of the 26 outcomes expected of each regulator, concerning building the evidence base and “learnings” from its work to support CLSB decisions, as well as a question about whether it has adequate resources.

Since retiring from Parliament, Mr Heath has taken on a number of non-executive roles, including the Consumer Council for Water, the Institute and Faculty of Actuaries, and an NHS clinical commissioning group.

Whilst on the Solicitors Regulation Authority board, he chaired the equality, diversity and inclusion committee, and was directly involved in the rewriting of the handbook and the move towards the new Solicitors Qualifying Examination.