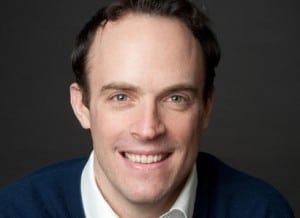 The new ministerial team is taking shape at the Ministry of Justice, with a former City solicitor keen to replace the Human Rights Act with a British Bill of Rights among the new appointees.

Ms Dinenage will split her time the Department for Education as she has also been named the minister for equalities.

Ministers of state Mike Penning (with responsibility for policing and criminal justice) and Lord Faulks (civil justice), and junior ministers Shailesh Vara and Andrew Selous are staying in post.

He joined the Civil Service as a Foreign Office lawyer in 2000, and during his six years he was posted to The Hague to head up a new team focused on bringing war criminals to justice.

From 2006 he worked as chief of staff to the then shadow home and justice secretaries, before winning an open primary to contest the safe Conservative seat of Esher and Walton in 2010. He was re-elected last week with a majority of 28,616.

Mr Raab has been outspoken on human rights and his first book, published in 2009, was entitled The Assault on Liberty – What Went Wrong with Rights. This criticised Labour’s approach to human rights and made the case for British Bill of Rights.

Last year he led an unsuccessful rebellion in Parliament which aimed to reduce the ability of foreign criminals to use the right to a family life in article 8 of the European Convention on Human Rights to resist deportation.

His appointment confirms that the government is to press ahead with its policy to repeal the Act and replace it with a Bill of Rights.

Ms Dinenage is another member of the 2010 intake in the safe seat of Gosport, Stubbington, Lee-on-the-Solent and Hill Head. She has been given family justice, mental health/mental capacity and coroners as her key briefs, previously held by LibDem Simon Hughes, who lost his seat last week.

A non-lawyer, she established her own manufacturing company in a gap year before university. She sat on the business, innovation and skills select committee in the last Parliament and was appointed small business ambassador for the south in 2013. She has also shown a keen interest in defence issues.

In April 2014, she was appointed parliamentary private secretary to education secretary Nicky Morgan, herself a former City solicitor.