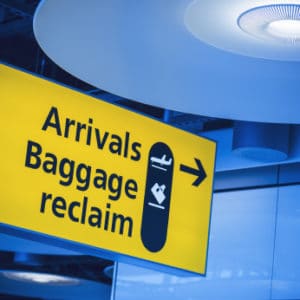 A one-time member of the Chartered Institute of Legal Executives has been jailed for providing unregulated immigration advice.

Mr Adeola was the company director of Gravesend company Vinbrooke Legal Practitioners, where clients met with him to discuss their immigration issues.

According to the Office of the Immigration Services Commissioner (OISC), Mr Adeola misrepresented his company as being qualified to provide immigration advice and services.

Immigration is the only unreserved legal activity which practitioners need to be regulated to provide – either by virtue of being a regulated lawyer or by registering with OISC.

In 2014 Mr Adeola was the subject of disciplinary action by CILEx, where he was an associate member, for providing unqualified immigration advice and or services, for which he was fined £500. His membership ended in April 2017.

“The consequences of immigration proceedings are hugely important and in most cases dealing with complex matters. It is right that people who charge for such services must be qualified. In sentencing you, it is your conduct, which will have the most impact on your family.”

Ian Leigh, the Deputy Immigration Services Commissioner, said: “We have clear standards outlining what we expect in terms of the fitness and competence of regulated advisers. Prince Adewole Adeola chose to operate outside the law.

“I am delighted with the outcome of this case, and I hope this sends a clear message to other people considering providing immigration advice – either act within the law or you will find yourself in court.”