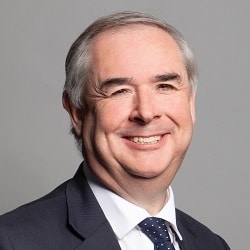 Cox: Many opportunities for collaboration

Ex-Attorney General Geoffrey Cox QC MP has joined Withers as ‘consultant global counsel’, subject to conditions imposed to ensure he does not use his knowledge to unfairly benefit the City firm.

Former ministers are required to obtain the approval of the Advisory Committee on Business Appointments (ACOBA) before taking on outside roles, and it has issued five conditions to Mr Cox’s appointment.

It noted that the barrister – who has also returned to private practice at the Bar at the set he co-founded, Thomas More Chambers – did not meet with Withers while in office, nor is the firm on government legal panels.

According to Withers, Mr Cox “will work closely with the firm to enhance its advice to both its private and overseas government clients on international commercial litigation, fraud disputes, international arbitrations (both investment treaty and commercial) and public international law matters”.

ACOBA told the MP for Torridge and West Devon that while he had confirmed his role would be limited to matters where there was no conflict of interest, there were “potential unknown risks associated with your time in office”.

But the combination of the conditions and the time that has now passed since he left office in February 2020 “appropriately mitigates the risks under the rules in relation to insight derived from any information you had access to as Attorney General”.

The first condition requires that Mr Cox not draw on any privileged information from his time in office, and specifically avoid giving Withers or its clients “privileged insight into the Brexit-related issues, insofar as it pertains to the negotiating position of the UK government and other parties to the negotiations prior to the date upon which you left ministerial office”.

The other four conditions, all of which last for two years from his last day in office, prohibit Mr Cox from:

ACOBA recorded that the Attorney General’s Office, Cabinet Office and Ministry of Justice had no specific concerns about the appointment.

Peter Wood, chief executive of Withers’ dispute resolution, said: “As a lawyer, he has an outstanding track record in core areas for us… What’s more, his experience at the sharp end in government will be invaluable to us and to our clients when strategic advice is required.”

Mr Cox said: “In our discussions, we have identified many opportunities for collaboration, where the interests of the firm’s clients and my experience and insights advising governments and international clients intersect in exciting ways.”

Meanwhile, former cabinet minister Baroness Nicky Morgan has joined City firm Travers Smith – where she worked as a solicitor for eight years before being elected as an MP in 2010 – as a consultant.

She will work with Travers Smith’s technology sector group – during her time as secretary of state for digital, culture, media and sport from July 2019 to February 2020, she led on government policy on internet regulation, and oversaw the creation of the department’s digital and tech strategy

Travers Smith senior partner Kathleen Russ said: “We are seeing an increasing demand from clients for our assistance on of the key legal, risk and regulatory issues across a broad spectrum of technology trends, such as fintech, AI, data protection, data breaches and tech investments.

“Nicky’s substantial legal expertise, coupled with her in-depth understanding of the technology sector and knowledge of the current policy and political landscape, will enable us to further enhance the support we provide to clients at a time of both increasing scrutiny and regulation, as well as new opportunities for business growth in the sector.”

Baroness Morgan said: “It is a delight to be working with Travers Smith again where I spent eight very enjoyable years.”

ACOBA has not yet published its advice to the peer about the appointment.

Both parlimentarians’ salaries should be disclosed in time in the register of interests.

ACOBA imposed similar conditions on him as the first three applied to Mr Cox. His term office ended on 24 July 2019.