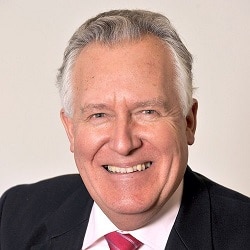 Former Labour cabinet minister Peter Hain has launched a blistering attack on leading UK/US law firm Hogan Lovells over what he said was its role in the Gupta family scandal in South Africa.

The veteran anti-apartheid campaigner said he has asked the Solicitors Regulation Authority (SRA) to withdraw Hogan Lovells’ authorisation and consider other disciplinary action against its “leading partners, including withdrawing their permission to practise as solicitors”.

The law firm hit back, saying the peer made his “unfounded accusations” in the House of Lords yesterday after ignoring evidence it had provided to him about his concerns.

The most high-profile victim of the scandal in the UK so far has been PR firm Bell Pottinger, although many other blue-chip banks and advisers have been caught up in it too.

Speaking in the House of Lords during a debate on the Sanctions and Anti-Money Laundering Bill, Lord Hain said “it should be a matter of shame that companies headquartered here in the UK have so far evaded sanctions for aiding and abetting money laundering, corruption and state capture in South Africa”.

He accused Hogan Lovells of “enabling a corrupt money launderer to be returned to his post as second-in-command of the critically important South African Revenue Service (SARS)”.

He said the firm spared Tom Moyane, head of SARS, and his deputy, Jonas Makwakwa “from accountability for their complicity in and cover up of serious financial crimes”.

He described the pair as two of South Africa’s “most notorious perpetrators of state capture” – in which private interest influence state decision making for their own benefit.

“In so doing, Hogan Lovells are complicit in undermining South Africa’s once revered tax-collection agency and thereby effectively underpinning President Jacob Zuma and his business associates, the Gupta brothers and others, in perverting South Africa’s democracy, damaging its economy and robbing its taxpayers.”

Mr Moyane was appointed 2014 and Lord Hain said that, two years later, he tried to suppress a report by the South African government’s fraud watchdog, the Financial Intelligence Centre (FIC), that revealed Mr Makwakwa and his lover, a low-level SARS employee called Kelly-Ann Elskie, had received “suspicious and unusual cash deposits and payments”.

When it became public knowledge, he appointed Hogan Lovells to conduct “an independent investigation” into the report and to conduct disciplinary proceedings against Mr Makwakwa on behalf of SARS.

Lord Hain said: “To that effect, Hogan Lovells drafted the terms of reference for the engagement, a seven-page roadmap signed and adopted by SARS. However, Hogan Lovells failed to investigate the very reason the firm was appointed; the allegations contained in the FIC report.

“Hogan Lovells deviated so materially from its own terms of reference, allowing itself to be blindly led by Moyane, who redefined the terms of reference as and when it suited him, that a respected investigative journalist described the outcome as being ‘so tailored that it borders on the realm of being cooked’.

“What an indictment of a leading international firm, Hogan Lovells, and its role.”

He went on to accuse Hogan Lovells of failing to question SARS’s refusal to provide a copy of a separate report by accountants PwC into Mr Makwakwa’s tax compliance – “citing taxpayer confidentiality, an inaccurate interpretation of the law” – and not making contact with the ‘Hawks’, South Africa’s serious crime police, about their investigation into him.

Lord Hain said Mr Moyane and Hogan Lovells released differing public statements about the scope of the probe – with the law firm saying it was limited to identifying whether any misconduct had been committed by Mr Makwakwa and Ms Elskie as employees of SARS, and not directly investigating the financial transactions identified by the FIC.

“The end result is that the firm issued an incomplete, fatally flawed whitewash of a report, which ultimately cleared Makwakwa, despite reams of evidence to the contrary.

“Most damning of all, Hogan Lovells failed to include crucial evidence from the PwC report and the status of the Hawks investigation in its own report.

“That meant that Makwakwa has answered to only a fraction of the allegations levelled against him – a serious deviation from Hogan Lovells’ mandate.

“It is beneath contempt that Hogan Lovells subsequently tried to justify its work by hiding behind various complex legal provisions, sections and subsections – explanations which have been described by legal experts as ‘utter nonsense’.

“Hogan Lovells’ cover-up led directly to the corrupt Moyane exonerating his corrupt deputy Makwakwa and welcoming him back on 30 October 2017 – to continue their looting and dirty work of robbing South African taxpayers.”

A Hogan Lovells spokeswoman responded: “Lord Hain’s unfounded accusations reflect a lack of understanding of the work we were asked to carry out for the South African Revenue Service.

“We are disappointed that he ignored the evidence provided by us to him and the other committee members earlier today. He did not contact us in advance of making his statement to the House of Lords and instead appears to have relied on inaccurate and discredited press reports in South Africa.”

“We have fully reported the details of our engagement with SARS to the independent South African Parliament standing committee on finance and we are very confident in its accuracy and probity.

“Anyone who wants to take the time to understand our limited role in this matter can very easily read about it on the Parliament’s website or our own.”

“We have a fundamental duty to uphold the rule of law with integrity and professionalism, and have been strong advocates of that in South Africa.

“If Lord Hain does have evidence of corruption then that should be reported to the appropriate authorities in South Africa. We look forward to working closely with the SRA on any complaint made to them by Lord Hain.”

Hogan Lovells provided a copy of remarks made to the standing committee on 5 December 2017 by its South Africa chairman, Lavery Modise.

He said it was wrong to say that the firm decided not to investigate any aspect contained in the FIC report; rather, it recommended that PwC and the Hawks continue their investigations as those best placed to do so.

He said that Mr Makwakwa was cleared by a disciplinary tribunal of the two charges it recommended be brought against him in relation to breach of internal policies.

“To the best of my knowledge, the criminal and tax investigations are in progress and are conducted by the relevant bodies.

However, this did not mean disciplinary proceedings were at an end: “Should the investigations find that there has been indeed an offence or contravention of tax legislation, disciplinary action must be taken against Makwakwa and Elskie.”