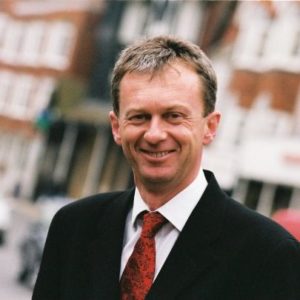 The firm, which describes itself as “a legal services co-operative with a difference”, has sought to differentiate itself by offering regulated and non-regulated legal services flexibly at a wide range of prices and levels of service to individuals and businesses.

The managing director of Omnia Legal is non-solicitor IT specialist Nikki Sherry, who previously led a £2m conveyancing team at Withy King.

Mr Powell, who was at Withy King for 33 years, 11 of them as managing partner, is the ABS’s head of legal practice. Mr Derry-Evans, the ABS’s head of finance and administration, is also a director of 360 Legal Group.

The Solicitors Regulation Authority granted the licence in April, effective from 3 May.

Mr Powell told Legal Futures that up to now he had run Omnia’s regulated legal work through his consultancy to a Bristol law firm, for which he leads on commercial property. “With the ABS licence, I can do it under the full Omnia Legal banner”.

Omnia was “already in talks” with a law firm “keen to potentially merge with us”, and was “organically looking to recruit a property lawyer and a legal executive or paralegal”.

He said the firm offered a range of fixed-price products, including bundled and unbundled “life-cycle” work, as well as full-service commercial work. “We use the web and outsourced services to provide low-cost solutions, but we also give a very high level of personal services to others that want bespoke arrangements.

“Most people don’t want to do it themselves or do it online; they actually want a friendly voice at the end of the phone to help them.”

He said Omnia, whose strapline is “offering you a real choice at a cost you control”, was responsive to client demands as to what level of service they wanted.

“In law firms I find that most people are trying to upsell clients into hourly rate services, and even where they offer fixed prices, are they really fixed prices?

“If you just want your watch to tell you the time, you would rather pay for a Swatch watch than a Rolex. Do they want a lawyer in a pinstriped suit – in which case we can provide that – or someone with a friendly voice who can help them make, for instance, a simple will where they want to leave everything to their wife and kids and that’s it – and they don’t perceive it to be a service that is worth paying a lot of money for.”