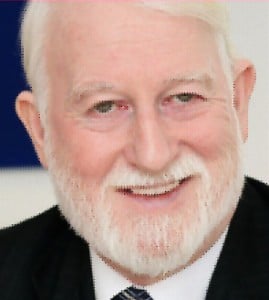 Vesey: LDPs should be passported

The Solicitors Regulation Authority (SRA) should develop a fast track for legal disciplinary practices (LDPs) seeking approval to operate as alternative business structures (ABSs), according to the largest of three firms granted their ABS licences yesterday.

Two of the firms complained about the bureaucratic nature of the application process, while praising the professionalism of the SRA case handlers they dealt with.

Paul Mulderrig, managing director of Mulderrigs, a limited company which employs five lawyers, said his principal reason for applying to become an ABS was to “safeguard a family asset” by enabling him to put shares in the business in his wife’s name.

Tom Vesey, an accountant and non-lawyer partner at Winckworths, who is the firm’s head of finance and administration, said the firm’s ABS application was simply to comply with the rules requiring LDPs to convert. But he called for the process to be simplified to enable LDPs to “passport” to ABS rather than having to undergo essentially the same process as for a non-LDP applicant.

The application involved filling in numerous forms and was “very bureaucratic”, Mr Vesey said. “Because we were an LDP, it’s the same business but under a new label. What [the SRA needs] to do is to actually recognise the information they already have and not simply ask for the same thing all over again, which is really what they’ve been doing.”

He said the SRA was “a bit process driven and if they had the opportunity to step back a bit and had the freedom to put more intellectual input into what they are doing, [the application process] would be a lot slicker”.

Mr Mulderrig complained at the amount of duplication of information involved in the application process. He said the application forms had “every appearance of having been drafted by an office junior”.

He said he had built up his business over 20 years. He planned immediately to transfer 40% of the shares in the firm to his wife, to ensure that “if I was to drop dead”, she would have “an asset she can market at her leisure”. He said he was surprised other small firms hadn’t “seized the opportunity” to do the same thing.

He continued: “Up and down the country there are two and three-partner firms, for example, where if one key partner is no longer able to work, their interest in a business which has been remarkably valuable to them essentially has to be given away because the person to whom it would fall – such as a wife or partner – is not a lawyer. From the high street perspective, becoming an ABS means protecting a family asset.”

Despite their complaints, both Mr Vesey and Mr Mulderrig praised the helpfulness of their SRA case handlers. Mr Mulderrig said they had been “professional, thorough, helpful, receptive to my comments… and constructive, and the SRA – in terms of the management of the process – has got to be complimented”. Mr Vesey said the case handlers were “very nice and trying to be as helpful as they can”.

With offices in Swansea, Whitland, Fishguard and St Davids, JCP Solicitors is one of the largest independent law firms in Wales with 19 partners and a further 87 employees. It is a full-service private client and business practice, which counts Premier League football club Swansea City among its clients; managing partner Steve Penny is a director of the club.

Mr Penny said the firm had to convert anyway as it is an LDP with a non-lawyer chief executive, Hayley Davies. It also “puts something in place” should the firm identify or be approached with “opportunities”, he added. There are no particular plans for external investment. He said the application process had “not been particularly painful”.