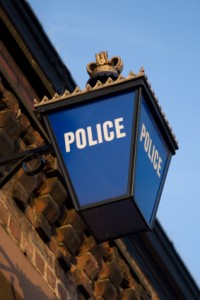 Crime lawyers have by far the worst work-life balance amongst all lawyers and the pressure on them risks deterring the next generation, according to new research.

A survey by Douglas Scott Legal Recruitment has revealed that criminal solicitors are almost three times more likely to move jobs because of anti-social hours than their peers in other areas of practice.

It found that, when it came to reasons for moving jobs, a better work life balance was the motivation cited by almost 30% of criminal lawyers.

In comparison, those in all other areas of law were more likely to move for money or progression reasons, with only 10% citing work-life balance as the reason they would consider moving jobs.

The results come as the Ministry of Justice sets its sights on making significant savings in criminal legal aid and price competitive tendering is rolled out.

However, Jon Nolan, director at Douglas Scott Legal Recruitment, said the increasing pressures on criminal solicitors could see a generation of graduates turn their backs on a career in criminal law.

Mr Nolan said: “Criminal law has always been a passion rather than a route to riches, it’s raw and dirty and usually involves the same faces, sometimes in different locations, but at all hours of the day and night.

“There has, however, always been an attraction. But the mood could be shifting. Working long, often antisocial hours is one thing but even if you see criminal law as a calling rather than something you choose to go into, all the uncertainty and negative publicity generated by government’s war on funding will have an impact.

“With the UK workforce putting in the longest hours in Europe and charging some of the highest childcare rates, the uncertainty and threat to earning a living out of criminal law could well see the watershed for applications to the Bar and students of criminal law on the whole.”