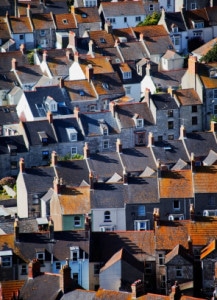 Mortgage fraud: fellow director kept out of the country

A registered foreign lawyer, whose mortgage frauds over a matter of weeks have cost the SRA Compensation Fund almost £2.5m so far, has been struck off the register.

But the Solicitors Disciplinary Tribunal (SDT) said Kamran Adil’s fellow director, Paul Iwezulu, was “as much a victim as the parties who were subject to the fraudulent transactions”.

The SDT found that Mr Adil had been “motivated by greed” and his actions were “clearly planned”. He was now living in Pakistan and did not co-operate with the hearing.

The tribunal said Mr Iwezulu “had been sent away from the office” on a trip to Nigeria to “purportedly deal with a commercial business transaction”, while most of the frauds took place during a short period.

The SDT heard in SRA v Adil and Iwezulu (case no. 11352-2015) that Mr Adil was granted registered foreign lawyer status in January 2012, became a director of City firm Tavistock Law in October and was suspended in November when the Solicitors Regulation Authority (SRA) intervened in the practice.

Following “various reports” from other law firms and opposing parties about “irregularities in numerous conveyancing transactions”, an SRA investigation uncovered a series of transactions where mortgages were not redeemed, or deposits and completion monies lost.

The SRA alleged that the firm was used “as a vehicle for widespread mortgage fraud, the cost of which ultimately fell on the profession as a whole through the Compensation Fund”. The fund has so far made payments totalling £2.46m to a range of lenders and individual clients, with further claims pending.

Mr Adil was found, beyond reasonable doubt, to have involved himself in conveyancing transactions which “bore the hallmarks of mortgage fraud” and acted dishonestly.

The SDT said that, at the time of the transactions, Mr Adil was the only director present and responsible for supervision of the firm’s conveyancing practice, with Mr Iwezulu being mainly away from the office.

It found that in the short time he worked at Tavistock before it was closed down, Mr Iwezulu had spent “no more than 11 days” in the office and the rest of the time, around five weeks, in Nigeria.

Mr Iwezulu told the SDT that he had “no idea that he had been brought into the practice to give the practice credibility, and allow it to perpetrate the frauds described”. While in Nigeria, he received expenses from Tavistock, but no salary.

The tribunal found that Mr Adil must have been aware that funds were received in each of the cases, and “that they were not used for their intended purpose but were transferred out of the client account to apparently unrelated third parties”.

On the issue of dishonesty, the tribunal found that Mr Adil’s actions, such as exchanging contracts twice on a property which had already been sold or moving decimal points to only 10% of sums due, “could not be explained as errors” and were taken deliberately.

Mr Adil was also found to have “acquiesced in, or permitted, the improper withdrawal of funds from client account”, leaving a “minimum shortage” of £2.36m.

The tribunal further found that Mr Adil had failed to deal with the SRA “in an open, timely and co-operative manner”, in breach of the regulator’s principles.

It concluded: “The tribunal found [Mr Adil’s] conduct to be aggravated by his proven dishonesty. His dishonest conduct was deliberate, calculated and repeated. The removal of the files and the computers from the office was evidence, it was found, of [Mr Adil’s] concealment of his wrongdoing.”

The SDT ruled that Mr Iwezulu had failed to carry out his role in the business effectively and in accordance with proper governance, in breach of SRA principles, and failed to adequately supervise staff, having “no understanding of, or effective control over the finances of the firm”.

However, in mitigation, counsel for Mr Iwezulu described him as “76 years old, with an unblemished career”, and said that it was arguable that he could have done more, but “he had joined a practice where there already existed a pre-planned and sophisticated fraud”. He had made no financial gain and had not even received a salary.

The SDT decided that Mr Iwezulu should be reprimanded, pay £1,000 in costs and made subject to a condition that he should not be a sole practitioner or partner in a law firm.

Mr Adil was struck off the register of foreign lawyers and ordered to pay costs of £34,000.