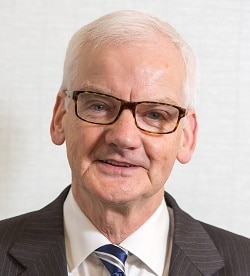 Egan: Too much reliance on price information on a website

Forcing law firms to publish prices could “bias” clients in favour of choosing their solicitor on price rather than quality or consumer protection, the Law Society has warned.

It came with research commissioned by the society that suggested that once consumers understood that some legal services providers were unregulated, they were strongly put off them.

The society said its research did not support the view of the Solicitors Regulation Authority (SRA) that “publishing large amounts of information will lead to consumers making more informed choices”.

Responding to SRA plans to force firms to publish prices for common consumer work such as conveyancing, divorce or powers of attorney – implementing the recommendations of the Competition and Markets Authority – Chancery Lane said the research “illustrates some of the complexity of real world behaviour” that had to be taken into account.

“In addition, compulsory publication may bias consumer decisions in favour of lower price over other important factors such as quality, high professional standards and consumer protections such as indemnity insurance.”

The SRA plans to require firms to publish measures to point to quality, standards and protections as well.

The society described the proposals as “unnecessary” and said they were unlikely to result in the changes the SRA was seeking to make.

Research commissioned from London Hair business Economics and YouGov used focus groups and interviews to gather the views of over 100 consumers who had searched or were searching for a legal services provider within the last 12 months.

The research found that consumers expressed “shock, concern and dissatisfaction” when they were told that some legal services providers were not regulated and did not have compulsory insurance.

“The majority of participants believed that all legal service providers were regulated in the same way due to the importance of the service provided,” researchers said.

“In the behavioural forum, once an event that generated harm occurred, participants that had previously selected the cheaper provider, and in the case of wills and divorce was not regulated, often changed their mind selecting instead the provider that was labelled as a ‘solicitor’ and stated that they were regulated by the SRA.

“Participants’ reasoning was that they valued solicitors’ skills, choosing a regulated provider provided them with peace of mind and that they felt they would have a higher level of protection from the ‘solicitors’ regulator’.”

Researchers said consumers who understood that some legal services were unregulated turned their backs on help from comparison websites.

“After learning this information, almost all participants said they would not find price comparison sites for legal services useful.

“Participants reported that they thought comparison sites would put too much emphasis on price, and that due to the personal nature of the service, there are many factors other than price that need to be considered which could not be expressed on a comparison site.

“Participants expressed lack of trust and thought it would be risky to use a comparison site for legal services. Participants also thought that price comparison sites would lower the tone of the legal profession and were ‘tacky’.”

Joe Egan, president of the Law Society, commented: “People tend optimistically to assume that things won’t go wrong. Our research showed that this can lead to consumers placing too much reliance on price information on a website, and not enough reliance on other factors that may be more important such as the experience of the solicitor and the regulatory protections in place.”

Mr Egan said the SRA had acknowledged that unregulated firms could not be forced to publish anything about their business, including about the level of client protection they offer.

“It seems counter-intuitive that consumers should have less information about solicitors operating away from the full protections of regulation. Nor does it seem sensible to put additional burdens on high street firms, which their unregulated competitors will not face.”

In a separate development, the Law Society has renewed its attack on the SRA over its plan to allow practising solicitors to operate from unregulated firms.

Referring to the regulator’s consultation on the latest stage of its handbook reforms, Mr Egan said: “The SRA is ploughing ahead with proposed changes to its handbook that would see different solicitors subject to different regulations depending on where they practise.

“People hire solicitors when they are facing some very stressful situations such as marriage breakdown or bereavement. It will heap additional pressure if they have to verify the regulatory arrangements for their solicitor before they instruct them.

“A new tier of solicitors, working in unregulated outfits, wouldn’t have to have the same insurance, wouldn’t pay into the solicitors’ compensation fund and wouldn’t inevitably afford their clients legal professional privilege – which guarantees communications between client and solicitor are confidential.”

Mr Egan said that he also opposed removing the rules preventing solicitors from establishing their own firms immediately after they qualify, which he predicted “could leave both clients and newly qualified solicitors without appropriate support”.