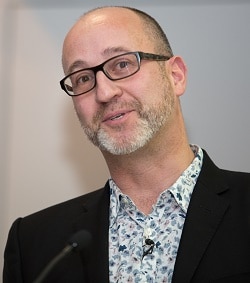 Eyebrows were raised yesterday after a freedom of information request on ‘touting’ by criminal defence law firms – in which agents for rival solicitors poach potential clients even if they have representation – suggested few complaints have been made to the regulator.

However, a freedom of information request to the SRA under the Law Society’s FOI code of practice by Andrew Keogh, who runs criminal law resource CrimeLine, listed just five reports of touting in 2016.

But the FOI response made clear that its search of reports covered only those where the comments specifically mentioned “tout” or “touting” and related to “poaching clients of other solicitors” in the criminal law field.

Leading criminal law solicitor Bill Waddington, director of Hull-based Williamson Solicitors, said the figures did not appear to reflect what was happening “on the ground” and that solicitors may have failed to report touting “on the basis that they have been doing so for quite some time and nothing is ever done about it, so they don’t bother any more”.

He said that most cases were “capable of being proved”, adding: “The incidents we hear about are in the more serious cases where the defendant is in custody, he’s only been there [a short time], and suddenly another firm manages to get a legal visit to go and see him.”

He also mentioned complaints of touting at busy London courts where “by the time [solicitors] have got to the front door, [the defendants] are all signed up with a variety of people”.

He continued: “People there I assume have complained about it over the years, nothing’s happened and they’ve just thought ‘what’s the point of complaining?’.” Those doing the touting were emboldened by the lack of action, he added.

An SRA spokesman reiterated that the regulator had called for evidence: “As we said in October, we have responded to the profession’s concerns in this area. We have urged anyone with evidence of touting to report it to us, so we can then take appropriate action.”

Last year Mr Passmore said he was “already concerned about the occurrence of poor practice in criminal practice” and that touting was an important aspect. The SRA could “issue guidance, develop warning notices and, of course, investigate specific allegations and reports”.

He stressed that the code of conduct bans solicitors and their agents from proactively approaching potential clients in person in a bid to increase business.

At the time, the Law Society welcomed the regulator “increasing its efforts to investigate the problem of touting after we expressed concerns about it to them earlier this year”.