Focus on what women lawyers do – not the hours they work – to avoid "female brain drain", says survey 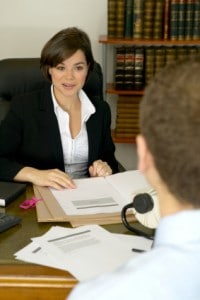 Flexible working combined with performance metrics that are not linked to hours in the office are needed to prevent a “female brain drain” from the legal profession, it was claimed today.

A survey of 1,144 women lawyers around the world even found some support for quotas as a way to achieve gender diversity.

Timed for tomorrow’s Women in Law summit in London on International Women’s Day, it was commissioned by LexisNexis UK and the Law Society to establish the current status of women in the legal world, the barriers to career development, and what can be done to address those barriers.

Nearly two-thirds of respondents thought gender diversity was an important commercial issue for their firm, while 40% personally supported quotas. A third said quotas – which would be unlawful – were needed to achieve diversity in law firms, while 45% disagreed.

Respondents highlighted the effort and time demanded – and the difficulties it causes in establishing a work/life balance – as the primary reason more women do not attain senior positions in law firms. Other significant factors included the traditional networks/routes to promotion being male-orientated, “unconscious bias within the l

Flexible working was identified as the biggest change firms could make to their working practices to encourage more women to reach senior levels, followed by changing performance metrics to allow for fewer hours in the office and also to recognise less visible activities, such as mentoring.

Judy Vezmar, LexisNexis International CEO, argued that firms would see great benefits from encouraging “diversity of thought around the table” and a focus on productivity rather than hours spent in the office. The quality of a lawyer’s work should be measured by client response, she suggested, with performance metrics broadened out to take into account activities such as mentoring, recruitment and employee engagement. Billing targets remain important, she added.

Law Society president John Wotton said the society is committed to helping break down the career barriers faced by women lawyers. “Major strides have been made by women in the legal profession over many years, but that progress needs to be consolidated. The results of this survey demonstrate that the drive for change is ever present, but a lot more needs to be done. I am confident that the profession will take it on board.”

The survey was conducted by LexisNexis Martindale-Hubbell contacting its international customers and the Law Society its members and signatories to the Diversity Charter.