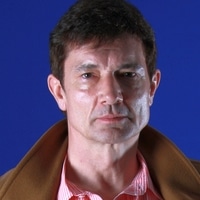 The row over Legal Services Board-commissioned research that recommended removal of the cab-rank rule stepped up a further notch yesterday after one of the academics who conducted it hit back at the critiques published by the Bar Council and Bar Standards Board (BSB).

Professor John Flood of Westminster University said both responses “over-rely on assertions and declarations instead of evidence”.

He also deplored the insinuation of “ad hominem remarks” aimed at him and co-author Morten Hviid, a professor at the University of East Anglia: “We feel this demeans the dignity of an honourable profession and has no place in civilised discourse.”

The report found the rule ineffective and suggested keeping it as a principle and incorporating the idea that nobody should be refused representation within an anti-discrimination rule.

Professor Flood said both responses failed to understand the role of social science research. “We dealt with the ‘is’ and were not concerned with the ‘ought’,” he said.

Amid his comments on specific points, Professor Flood argued that the two reports found it difficult to deal with his proposition that the cab-rank rule is “less to do with the notorious client but more about money”.

He added: “Perhaps the difficulty is to do with the scale of the Bar’s reaction to government funding of legal services. The deeming and undeeming of categories of work effectively leaves vulnerable clients in a parlous position. They are not protected by the cab-rank rule, whereas those without funding concerns are so protected.

“Moreover, the introduction of the Bar’s new contract terms intensified this view that the cab-rank rule was a bargaining chip in who is to be the dominant force in financial relationships. We find the alignment between the Bar’s claimed ethical virtues and its commercial dealings isn’t too good a fit.”

Professor Flood said he and his colleague were especially disappointed that the responses did not tackle the “two major problems” with the cab-rank rule. First that it does not apply to public access clients – “if any client might be vulnerable and therefore require such protection as the rule should offer, its present construction prevents this. This is indefensible”.

The second was the Bar Council’s decisions to declare ranges of publicly funded work within or without the protection of the rule. “Again, two of the most vulnerable sets of clients – and the use of vulnerable is appropriate – those in need of criminal defence and those in family law, are “deemed” not to be covered by the rule.”

Professor Flood concluded: “While, as we discuss in the report, the cab-rank rule is a laudable principle, its application appears less virtuous at critical points than we might expect from the Bar. We are left with the thought that more research is needed to open up the doubtful areas.”