The latest in our series of extracts from Climate Change, a report on the impact of the Legal Services Act published by accountants Baker Tilly, considers what kinds of law firms might float and the impact it could have on the practice and staff 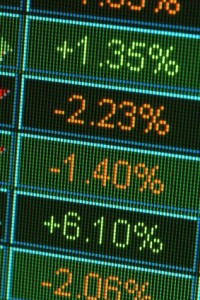 Flotation: someone will do it, just to be the first

A lot of law firms worry about the loss of the fabled partnership culture, even though in some practices it does not really exist anyway (and equally some corporations, like Goldman Sachs, have it). Rob Donaldson, head of the private equity team at Baker Tilly, says most accountancy firms that have sought outside capital have simply incorporated and ditched the partnership model – he notes that only three have actually floated.

Baker Tilly itself has a hybrid structure, with a corporate entity sitting on top of a series of trading LLPs and the partners are shareholders in that entity. “This gives us the ability to talk, with real experience, through the pros and cons of going through a similar process with potential law firm clients,” Donaldson says. “The advantage of keeping the partnership structure, as well as any tax benefit, is the ability to soften some of the cultural issues, because the change isn’t quite as dramatic as going straight to a corporate entity.”

Tony Pierre, head of Baker Tilly’s London corporate finance team, says the firm’s model provides a lot of flexibility in terms of structuring the practice because there can be people within different LLPs. “You can manage your risk perhaps a little bit better by putting high-risk areas within a separate LLP. You can also have various levels of partner or director who are not necessarily involved in the ultimate TopCo, but they can nevertheless be a partner within one of the LLPs.” There can be tax benefits too.

The Eversheds survey found that partners are becoming more open to different organisational structures, with only 30% saying they were wedded to the partnership model, compared to 57% in a similar survey in 2008.

Undoubtedly someone will float, just to be the first. It is often forgotten by lawyers that flotation is not an all or nothing – they could put 25% of the business on AIM.

John Llewellyn-Lloyd, head of corporate advisory at nominated adviser Execution Noble, says: “I think there’ll be quite a lot of applications one way or another from various vehicles. Obviously you already have some of the litigation funders, like the Burfords of this world, who are quoted, and other quasi-legal companies like Murgitroyd.”

Llewellyn-Lloyd says it is difficult to be going at flotation from the depths of a market downturn – “we’re at a relatively low point in terms of the numbers of IPOs generally”. But on the assumption that things pick up, “professional services and ABSs will be very interesting investments. The key to a successful flotation is that, like with any people business, the IPO acts as a positive environment for maintaining the key assets of the partnership, which are the people. Things like the remuneration structure, retaining the partnership ethos upon flotation – which clearly companies in other areas have managed – are very important,” he says. “Investor interest will depend on the growth story of that firm. If that growth story is a positive and a good one, then they should have a receptive audience.”

Rob Donaldson says that once you have outside capital, the logical conclusion is that there will be M&A activity. “Because it’s a people-based business, the deal craft around making these deals work will be important. You certainly will need to think carefully about how much value you distribute to partners on day one, because you’re opening the door then to that talent going somewhere else.” This is seen as the problem with law firms – both the talent and the clients can walk away with relative ease.

Retention is a two-edged sword in this context. Originally flotation was seen as a chance for partners to cash in, but they are starting to realise that this would defeat the object. They will be handcuffed to the firm for a time, but once those come off, the business model has to be good enough to keep the stars. But if you have to keep giving out shares to incentivise people, do you risk diluting the shareholding?

On the positive side, flotation would allow smaller firms to put together packages that could attract big-hitters, while share options and the like would also be a way to reward those valued fee-earners who do not want to become partners, and indeed support staff too. Matthew Hudson, who set up private equity law firm MJ Hudson earlier this year, hopes that his new model will create interest for staff, either in taking a stake in the ABS if that happens, or from being able to share in the interests the firm takes in its clients’ funds.

As well as having to suffer the ups and downs of the wider market, Tony Pierre points out that the pressure will be on: “The ante is going to be upped once investors have put millions of pounds in a law firm on the understanding, say, that it can replicate its services around the country. There’s now going to be a real driver for that law firm to go out, target smaller practices and, rather than doing one acquisition over a ten-year period, do a number of acquisitions.”

He adds: “A number of funders out there are looking at law firms with a model that can be replicated. There’s a war chest out there for franchise-like services. You might have a conveyancing practice where they could replicate it across the country or merge into smaller conveyancing practices and get the synergistic effects in terms of rationalising overheads, etc.”