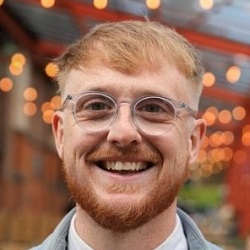 Flexible working has overtaken pay as the top priority for lawyers looking for a change of job, a survey has found.

At the same time, more than eight out of ten lawyers (83%) said job security was “not a concern” for them in 2021, compared to only a third last year, and most were not looking to move.

Realm Recruit, based in Cheshire, contacted 100 lawyers who were “loosely representative of the make-up of the legal profession as a whole”.

Just over a half said flexible working would be “very important” if they looked for a job over the coming months, compared to 41% who rated getting a pay rise as very important. The gap was notably bigger for Millennials.

Researchers commented: “Usually, when an individual knows that they want to move on from their current role, there will be one overriding reason behind wanting to leave, which in turn will be their top priority when looking for a new role.

“When looking for their next job, they will look for a position that provides, for example, better pay, a shorter commute or improved progression prospects.”

However, “for the very first time” flexibility had overtaken pay as the priority.

“It’s clear that flexible working is no longer considered by jobseekers to be a bonus − for most people, it’s a necessity.

“Law firms that are not willing to participate in the remote working revolution and offer flexible working options to their lawyers will find it increasingly difficult not only to attract but to retain staff.”

Notably, while half of respondents said their firms allowed them to work up to five days a week remotely, only 35% though they should allow so much. Some 62% said they ended up working more hours when at home.

Researchers said the increase in job security might just be solely a result of the reopening of the economy, but “it may also be the case that law firms have taken steps to look after and reassure their employees, after recognising the abundance of opportunities on offer elsewhere”.

Only half of lawyers said they felt their employers looked after them well, while 24% said the opposite; the rest were neutral.

On diversity, a narrow majority (55%) said their law firm’s leadership was “representative of the demographic of the firm as a whole”, while more than two-thirds said everyone at the firm had an equal opportunity to succeed.

“Law firms should work to cultivate a strong employer brand and then showcase this in the careers section of their website, through PR activity, on social media and in job adverts.

“Firms that make these changes will be on the front foot when it comes to standing out to passive/inactive candidates, whereas those that fail to embrace flexibility or to pay their lawyers well enough risk missing out on the best people.”

Duane Cormell, managing director of Realm Recruit, said lawyers had realised that the traditional nine-to-five routine was not the only option.

“It is in the best interest of firms to address their flexible working policies, as our research shows the next biggest single factor firms can continue to meaningfully compete on is pay.

“What’s more, with just 20% of lawyers currently identifying as active jobseekers, law firms have to work harder than ever before to pique the interest of prospective employees.

“Firms must either offer flexible working options or pay their lawyers very well if they are successfully to attract, recruit and retain the best people for their business.”