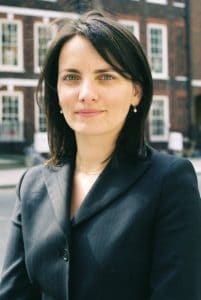 Set up in 2010, it has doubled in size in less than three years and founder Dana Denis-Smith said she hoped to do so again in the next two years.

The lawyers are in many cases female solicitors returning to work or lawyers wanting flexibility in their working lives.

Obelisk says it deals with 35 of the FTSE 100 companies, and counts the likes of Barclays, BT, Deutsche Bank, Goldman Sachs, ING, Intel and Vodafone among its clients.

It supports around 300 businesses in all, across more than 40 legal specialisms, and has consultants in 11 other jurisdictions, including the US, India, Australia, Argentina and Singapore.

Taking its inspiration from the IT contractor model, Obelisk enables companies to draw in individuals or teams to deal with particular matters – but rather than providing a lawyer with a certain level of experience, Obelisk assesses the job that needs doing and finds the people with the right experience and skills to do it. Some clients use the consultants on ongoing basis too.

Rates for lawyers are agreed in advance, so clients only pay for what they use.

Ms Denis-Smith said: “This is a landmark but by no means the end of the story as there is still a lot we can achieve in changing the way lawyers and companies think about the way they work.

“I have found that while some in-house legal teams are pushed into this situation – by a workload that is increasing faster than they are allowed to recruit – they then embrace what it can offer them.

“We are deeply committed to human intelligence over artificial intelligence, utilising technology to make the most of an individuals’ core skills and continuously investing in our training and development to ensure we have ‘work-ready’ lawyers.

“A core principle is that our consultants understand the importance of achieving a balance between intelligent management of legal risks and supporting the client’s’ business objectives.”

Meanwhile, Obelisk has struck a deal with Linklaters to help with its resourcing requirements.

The magic circle law firm will use Obelisk when, for example, an experienced consultant is needed for a discrete piece of work on an ad hoc basis, or to cover a leave of absence such as maternity leave and sabbaticals.

Linklaters will be offering its alumni the opportunity to sign up to Obelisk if they are interested in adopting a more flexible approach to their careers.

Ms Denis-Smith is herself a Linklater alumna and said: “I am particularly pleased to have my old firm as a client – what I learnt there helped set the standards I expect from an Obelisk consultant and ensures that we can offer the quality that a firm like Linklaters demands.”

At the end of March, Obelisk was also the only legal business selected to join London Mayor Sadiq Khan’s two-day trade mission to France.

Following on from a five-day tour of America last year – in which Obelisk also took part – Mayor Khan visited European capitals to emphasise that London was open for business and to showcase some of the fast-growing companies that are part of his International Business Programme.