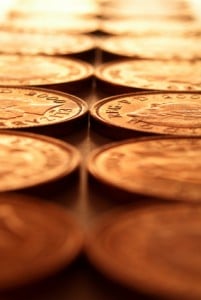 Fees: more than half of people who used a fixed fee had shopped around

The use of fixed fees in family, probate and housing cases has risen significantly, leading to far higher rates of client satisfaction than when they pay by the hour, according to a major consumer survey.

Providing evidence for a trend identified by Legal Futures earlier this year towards fixed fees in family work, partial results from the Legal Services Consumer Panel’s (LSCP) annual tracker survey revealed they were used in 26% of family cases, compared to just 6% last year.

Fixed fees were used in 30% of probate cases, up from 12% last year, and in 29% of housing cases, up from 19%. Areas of law in which fixed fees remained popular were power of attorney, will-writing, and conveyancing. Nearly nine out of 10 people who paid a pre-agreed fee were satisfied with the service they received, compared to 73% of those who paid by the hour – which was down from 79% in 2012.

More than half of people who used a fixed fee had shopped around, compared with fewer than one in six who used services on hourly rates. Overall, the proportion of legal services supplied on a tariff rose from 38% to 42% in the past 12 months. Hourly rates were up slightly but still made up less than 15% of the total.

As it has for the last three years, the LSCP asked pollsters YouGov to question two groups; a sample of 1,762 adults and another sample of 1,462 people who have used legal services in the past two years. They were surveyed in late February 2013, and the results are believed to be at least 95% accurate.

The survey found that 30% of the public in England and Wales used one or more legal service in the last two years, equal to around 6.5m people and up from 27% in last year’s survey, but down from 2011 (31%). Conveyancing was the most popular service – and was back to 2011 levels – followed by will-writing, power of attorney, family, probate and housing.

Six in ten consumers paid privately. Over the last two years 2.5% of people made a personal injury claim, down from 3.4% registered in 2011 and 2.8% in 2012. ‘No win, no fee agreements’ funded 26% of these claims and 41% were paid for by insurance. Fewer than one in five employment cases were privately funded.

There were ethnic differences in the funding and use of legal services, with will ownership varying from more than 45% of white British to less than 10% of back Africans. On average, fewer than one in five black and minority ethnic (BME) people have made a will. Only 44% of the BME population paid privately for legal services, compared to 67% of white British.

More than half of consumers who received legal services funded by insurers were dissatisfied with the extent of choice of legal representative. The survey concluded that disappointment with the quality of insurer-funded services was perhaps explained by the fact that more than 90% of the work was delivered remotely rather than face to face.