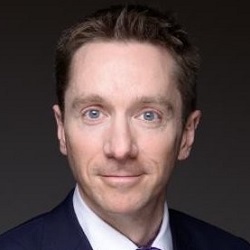 More than eight in every 10 reviews on Trustpilot award law firms five stars, making them increasingly a “hygiene factor” rather than a differentiator, new research [1] has indicated.

With the number of reviews left by clients on Trustpilot more than doubling during the pandemic, it said firms have responded by “actively managing their reputations”, leading to the high marks.

Transformation specialist Glenesk based its figures on the 63 law firms in the top 225 that have a consumer presence, having excluded 16 which each had fewer than 10 reviews.

Trustpilot was the dominant platform and the number of reviews on these law firms had increased by 1,100% over the past five years.

Bill Guthrie, director of Glenesk, said the increase was “broadly in line with other industries”, reflecting a change in society as people became “more internet-enabled”.

In response law firms were “actively encouraging good reviews”, as any “sane business” would do, he said.

It said the prevalence of five-star reviews meant that, as with other sectors, this was becoming a “hygiene factor” rather than differentiator.

The report said: “This leaves customers in the position that they can quickly identify firms with a bad reputation but find it difficult to differentiate between good ones.

“Review and comparison sites might respond by using more data in their reviews and the use of sentiment analysis to score firms based on the strength of feeling conveyed which may pose problems for firms that are not currently managing online sentiment, underlying customer service and quality of practice.

“If regulators and review sites do not tack in this direction, then consumers may be forced to use other means of selecting their preferred provider.”

Mr Guthrie said that around 20% of law firms in the survey were losing out by failing to effectively manage their online reputation, and the research showed that reputation varied by practice area.

“A number of firms which had three or four very good practice areas had their reputation dragged down by what was happening in another area.”

The research found that conveyancing generated the most positive reviews, followed by personal injury, wills and probate, employment and family.

Analysis of the content of the reviews showed that the most common complaints from clients were failure to advise, failure to progress and failure to keep informed. This was followed by excessive cost.

A mystery shopping exercise sampled three firms from the top quartile of Glenesk’s Trustpilot analysis and three from the bottom quartile.

It found that the performance of the best-performing Trustpilot firms in terms of information on websites and responses to initial enquiries was “not significantly better than those receiving less glowing customer feedback”.

This “may highlight the gap between online reputation management and real differences” in customer service.

“It may also indicate that customers discount their initial interactions with a provider when offering online feedback after the service has concluded.”

Mr Guthrie said “the clear winners” would be the law firms that have both a strategy to actively manage their online brands and “an embedded culture of optimising every engagement with consumers”.

He added that, despite all the evidence of customer experience from Trustpilot reviews of law firms, there was “almost no information” about the quality of service provided by law firms on the internet – this is the current focus of work by the legal regulators.

He said that rather than “trying to reinvent the wheel”, the legal services market should look to sectors which had successfully tackled the problem.

“There is still a gap between what the consumer needs and what is available to them.”

Glenesk, based in London, aims to improve the profitability and operating performance of its clients, which range from law firms to manufacturers and health care providers.