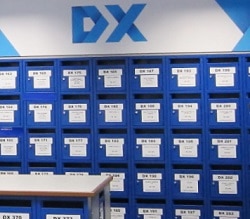 DX has become the latest delivery company to face legal claims that it is taking advantage of the ‘gig economy’ by forcing workers into bogus self-employment, after the GMB union announced it was to start legal action on behalf of members working as couriers.

The aims is to ensure the couriers – currently classed as self-employed – receive holiday pay and the national minimum wage, along with health and safety, discipline and grievance rights.

The move comes in the wake of the GMB’s success in bringing an employment tribunal claim against Uber last October that found that company was wrong to label them as self-employed.

The union was represented then by law firm Leigh Day, and it is acting again on the DX claim, representing 23 current and former drivers. They do not work for the DX Exchange part of the business used by law firms across the country.

The issues raised by the drivers have been submitted to ACAS early conciliation and the firm said that if a satisfactory outcome was not reached, the case would be submitted to the employment tribunal.

According to Leigh Day, the drivers claim that they are workers, and not self-employed, meaning they are entitled to holiday pay and the national minimum wage.

The firm said drivers were required to be interviewed by a manager at DX, provide details of their employment history and experience and undergo training before beginning their role as a driver.

They are paid at a rate determined by DX, which is not usually negotiable, and their route is determined by DX. Drivers are obliged to accept whatever volume of parcels is given to them for delivery. They cannot refuse to deliver items in their manifest. In addition, they will face financial penalties if they do not deliver parcels that cannot be located or are inadvertently left at the depot.

Leigh Day partner Michael Newman said: “DX claim that their drivers are self-employed, however, their rate of pay and their routes are set by DX and they are required to abide by policies set by DX, including in relation to how parcels are delivered and the equipment used.

“Additionally, those lots of drivers are only paid for each parcel they deliver, and are not paid for the time that they spend at the depot preparing their deliveries, loading parcels and planning their routes.

“As we have seen in the case against Uber, some employers are falsely classifying those that work for them as self-employed, and therefore not providing them with basic workers’ rights, despite exerting tight controls over how they carry out their work.”

GMB legal director Maria Ludkin added: “This is another company trying to duck its obligations and responsibilities by making its workforce ‘self-employed’. These are effectively working full-time for one company, DX, without many of the basic employment rights enjoyed by employed workers.”

DX has not yet responded to a request for comment.

The company’s most recent annual results, for the year to 30 June 2016, reported revenue of £288m, down 3%, and a loss before tax of £83m, mainly due to a one-off goodwill impairment made to reflect “challenging industry conditions and profit decline”.

“This decline significantly impacted profitability since the service has a mainly fixed cost base; deliveries and collections are made to all 4,500 document exchanges around the UK and Ireland every morning and every evening, largely irrespective of the volume of mail or the number of customers.

“Volume erosion is expected to continue, with digitisation and electronic communications driving this trend, but DX Exchange remains a valuable service to its customers and we will seek to support renewal levels with high levels of customer service.”