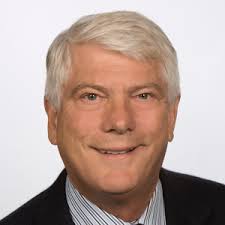 The first shareholder class action over the huge fall in Slater & Gordon’s share price has been filed, with a second to follow shortly.

Australian law firm Maurice Blackburn said that “in light of the amount of lost shareholder value, the compensation sought is expected to be of very significant magnitude”.

Slater & Gordon’s shares, which are listed on the Australian stock exchange, declined approximately 95% in price between April 2015 and February 2016, losing shareholders billions in the process, according to Maurice Blackburn.

In a statement it said: “Questions have been raised about SGH’s [Slater & Gordon Holdings] A$1.3bn acquisition in the United Kingdom of the professional services division of Quindell plc – which was partly funded by a A$900m capital raising from existing shareholders – particularly whether the company’s due diligence process was adequate and whether it provided shareholders with accurate and reliable information about the risks of the acquisition and its value to shareholders.

“Shareholders also suffered heavy losses when SGH abruptly withdrew revenue and earnings guidance only weeks after it was emphatically re-affirmed, and further losses followed when SGH released financial statements which not only suggest that the acquisition was under-performing, but also indicate systemic problems across the company as a whole.”

The statement of claim alleges that SGH made false and misleading statements, engaged in misleading and deceptive conduct, and/or breached its continuous disclosure obligations to shareholders which prevented shareholders from being able to make informed investment decisions based on complete, accurate, and timely information about the Quindell acquisition and the true state of the company’s overall financial position and performance.

Maurice Blackburn said it was also “arguable” that, had the real risks and true value of the Quindell acquisition been adequately disclosed, SGH would not have been able to conduct the capital raising, and the transaction would not have taken place.

Slater & Gordon, noting that Maurice Blackburn was one of its “major competitors”, told the stock exchange that it would “closely analyse and vigorously defend the claim”. It said shareholder class actions typically take two to three years to reach a final hearing.

Group managing director Andrew Grech said: “The class action will not affect the day-to-day conduct of Slater & Gordon’s client matters. Our clients can rest assured that Slater & Gordon and its lawyers will continue to work hard to offer them access to affordable, world-class legal services.

“Our management team will remain focused on executing our performance improvement programme across the business to improve profitability and cash flow and reduce debt, in line with previous announcements.”

The other Australian law firm eyeing up a class action, ACA Lawyers, released a statement to say that it was “finalising its investigation… and intends to commence proceedings”.

As reported earlier this year, part of the funding for the investigation is being provided by London based Woodsford Litigation Funding.

Bruce Clarke, principal of ACA, said “in light of the extraordinary developments since April 2015, the firm has been investigating Slater & Gordon’s conduct back over several years. It is important we ensure we identify all losses suffered by shareholders that may be the result of Slater & Gordon’s misconduct”.

The claim period for the action may be longer than Maurice Blackburn’s and start from the release of Slater & Gordon’s 2014 results on 12 August 2014.