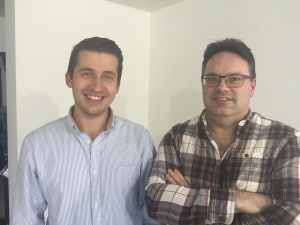 The first Polish-owned, Polish-speaking alternative business structure opened for business at the start of this month – with the help of a British solicitor.

Optimal Solicitors has a Polish owner and founder, a British co-director, four Polish fee-earners, a Latvian and a Lithuanian. Russian is also spoken.

Chris Germaine, a solicitor from Scotland who qualified south of the border, is co-director of the company with founder Pawel Oltuszyk.

Mr Germaine said the firm, based in Preston, serviced clients across the country from Eastern Europe, and was expanding so quickly it aimed to have 14 staff in place by next month.

“We are dying to get people who can speak Czech and Slovak, because we’re turning away work.”

Mr Germaine said that by the end of the next three years, the firm aimed to have 30 staff and a head office in Manchester.

Optimal Claim was founded by Mr Oltuszyk in 2008, and operated as a claims management company (CMC) before becoming an ABS and changing its name this month.

Mr Germaine said that because of the firm’s language skills, clients were prepared to pay more than basic personal injury rates.

“We’re looking at sustainable growth based on scaling up numbers,” Mr Germaine said. “We made this company viable as a CMC. Converting to a law firm gives us a bigger income stream.”

Mr Germaine joined Optimal as legal director last year from Leech & Co, based in Manchester, where he was a senior manager. He said the firm’s current workload was split between 40% workplace accidents and 60% RTA.

Mr Germaine said that the firm hoped to expand into the areas of family, commercial and private client, where it was currently turning away work. He added that the firm carried out a great deal of pro bono work for clients, on issues ranging from debt recovery, crime and problems with schools and hospitals.

Mr Germaine is head of legal practice at the ABS and Mr Oltuszyk head of finance and administration. The firm’s ABS license, awarded by the Solicitors Regulation Authority, became effective on 2 April.