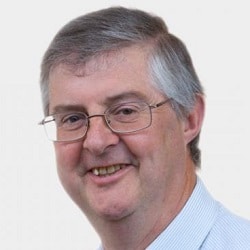 The Welsh government has pledged rapid action on a major report that recommended substantial reform to the way the law is administered and legal profession supported in Wales.

First Minister Mark Drakeford said last month’s report of the Commission on Justice in Wales was “a watershed moment”, describing the finding that the people of Wales were being let down by their justice system as “the most striking”.

He picked out some specifics: “’Proper access to justice is not available,’ the report says. In many areas of Wales, people face long and difficult journeys to their nearest court. There is a ‘serious risk to the sustainability of legal practice, especially in traditional high street legal services’. Wales has one of the highest prison populations per head in Western Europe, even though the evidence is that robust community sentences achieve better outcomes in many cases.

“Meanwhile, the number of prosecutions is falling. We lack facilities for women offenders. There are too many gaps in Welsh language provision.”

The commission, chaired by the former Lord Chief Justice Lord Thomas of Cwmgiedd, called for responsibility for civil and criminal justice to be transferred from the Ministry of Justice in London to the Welsh Assembly.

It also called on the Welsh government to develop and implement as soon as possible a detailed strategy to “reinvigorate the rural and post-industrial legal sector” in Wales, and said legal technology and the business of law should be studied by all law students in Wales.

In a statement to the Welsh Assembly yesterday, Mr Drakeford said the call for “substantial devolution” of justice functions was in line with the longstanding position of the Welsh government.

“In the past, we have often argued this from a constitutional standpoint – that a nation which makes and executes its own laws ought also to police them, in the broadest sense of that word.

“But what this report tells us is that there are real and insurmountable practical challenges which flow from the division of responsibilities between Westminster and Wales.”

While the general election delayed engaging with Westminster, the first minister said those recommendations within the control of the Welsh government and others in the country would be taken forward now.

These included working with the legal profession to provide fully funded legal apprenticeships as a new pathway into the professions – “which may particularly help people who might choose to practice in parts of the country where there are too few practitioners” – creating a Law Council of Wales, and establishing a justice committee of the Welsh cabinet.