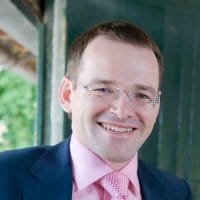 The Solicitors Regulation Authority (SRA) has issued the first waiver to a law firm it regulates to allow it to use the Bar Council’s escrow service BARCO, with three other firms also in the pipeline, it has emerged.

The news will come as a relief to the Bar Council, which admitted this week a false perception exists among solicitors that BARCO charges a percentage of the total sum involved, whereas in fact its cut is far smaller and relates to legal fees only.

In addition to individual barristers that have signed up, four entities regulated by the Bar Standards Board (BSB) have also joined BARCO, including one that has already used it multiple times, a Bar Council spokesman revealed.

In relation to SRA-regulated firms, the spokesman said the authority had started to issue waivers on a case-by-case basis to those wishing to use the escrow service, and had granted a waiver to one firm already.

He added: “We’ve had quite a few enquiries from solicitors in the last few months, but we have to direct them to the SRA to get the waiver before they can come back to us and sign up. It’s early days.”

An SRA spokesman confirmed that four SRA-regulated firms were in the process of joining BARCO, but said he could not disclose the names of the firms or even the type of business they do.

A BARCO director said that as well as direct access barristers using it as intended, the escrow service – a third party company, owned and operated by the Bar Council – had wider appeal and had also been used in “large class action-type cases”.

Meanwhile, solicitors’ practice Evolve Family Law in Macclesfield, which was authorised as a BSB-regulated entity in August, said this week that it had finally signed up to BARCO, after Bar Council officials invited the directors to hear an explanation of the scheme’s pricing structure.

The Council then used the firm’s change of mind as a springboard to clear up widespread confusion about the level of charges.

Evolve’s co-founder, former Mills & Reeve partner Robin Charrot, told Legal Futures: “Our initial research indicated that the charges would be 2% of turnover, whether or not we were using their escrow services, but when we met with them at their invitation they explained that it was only 2% of our fees.”

He further explained that at the time of BSB authorisation, the firm did not anticipate needing either an escrow or client account. But since part of the firm’s work involved third party litigation funders, which had never dealt with BSB-regulated entities and insisted on paying into a client account, the option of BARCO had become attractive.

Paul Mosson, the Bar Council’s director of services and a BARCO Director, said: “There is a lot of misinformation out there about BARCO. When we meet with barristers, entities and even solicitors’ firms to discuss BARCO, it is clear they are under the impression that we charge 2% of the total amount held in the escrow account. The reality is that it is 2% of the legal fees, which will be considerably less…

“While it was originally set up specifically to allow clients to pay direct access barristers for their services without breaching rules that prohibit barristers from handling client funds, it has had a wider appeal and purpose.

“We have seen it used as a kind of ‘kitty’ for large class action type cases, and we are getting enquiries from solicitors keen to use a more secure service than the traditional solicitor client accounts.”