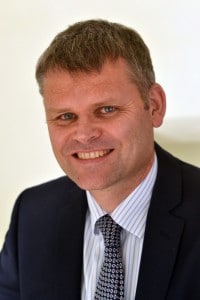 A group of London local authorities, a legal software supplier and an electronic data specialist claim to have developed the first “entirely digital” process for court proceedings.

The news came as the Chancellor announced £700m of funding [2] to digitise the courts, but as yet there is no confirmation as to whether a pilot of HM Online Court will take place, as recommended earlier this year [3] by a Civil Justice Council working group led by Professor Richard Susskind.

Tim Long, chief executive of software company Zylpha, said that under a pilot scheme at West London Family Court, 70 local authority care proceedings had been carried out without the need for paper.

“We believe this is the first time legal proceedings have been carried out entirely electronically in run-of-the-mill cases,” Mr Long said.

“Even in the Rolls Building they are still asking for paper copies of documents as well as electronic ones.

“The key to this is acceptance by the judiciary. Magistrates are particularly enthusiastic about it, because they can see the paperwork early and no longer have to drive to court.”

Mr Long said that after the successful pilot the group aimed to extend the scheme to all London’s 32 boroughs and beyond.

“The local authorities’ motivation has been reductions in funding, and the increased cost of cases,” he said.

“They have had to find more efficient ways to run cases and better ways of working. The public has suffered from significant delays in the past because of the anachronistic way the system worked.”

Mr Long said councils could save “huge amounts of money” from no longer having to print, handle and deliver paper documents.

“A child care case could cost £1,200 in preparation, maintenance and delivery of court bundles. We can bring that cost down to around £400. If the scheme was used across London the savings could run into millions.”

Mr Long said Zylpha created the digital bundle which is put into a digital courtroom and shared between the parties and the judiciary. ProjectFusion has responsibility for the courtroom or ‘data room’.

The South London Legal Partnership is to provide local authorities joining the scheme with templates and best practice guides developed with the courts.

Mr Long said he was discussing Digital Courtrooms with other local authorities in London and elsewhere, and with Central London Family Court and East London Family Court. He added that he believed the scheme could be applied across other areas of the justice civil system.

Paul Phelan, legal practice manager at the partnership, said: “With our experience of delivering legal services across four London boroughs and the successful pilot we are involved in at West London Family Court, we have the knowledge of how a digital courtroom system should be run.

“We are ideally placed to onboard and support people as part of this exciting new service and we are confident that this new solution will deliver major benefits.”

Angus Bradley, managing director of ProjectFusion added: “The court system hasn’t moved to digital before now as the quality of the technology did not warrant it.

“Now, however, the technology to effect this change has arrived using the very latest digital data room and document bundling systems, backed by the highest quality support.”