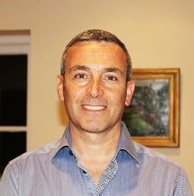 The first digital mortgage deed was entered into the Land Register today following collaboration and testing with Coventry Building Society and Enact Conveyancing.

The borrower ‘signed’ the deed digitally using the GOV.UK Verify service, a secure way to prove who you are online when accessing government services.

HM Land Registry said that removing the need for a witness to watch as the homeowner applies an ink signature to a paper mortgage deed would save time and provide a more secure service.

Chief executive and Chief Land Registrar Graham Farrant said: “By working with partners in the industry, we have secured a simpler and faster service for the benefit of home owners. We are looking forward to rolling this out nationally and will be working with more conveyancers and lenders to do so.”

Peter Frost, chief operating officer at Coventry Building Society, said: “Initial feedback has been very positive, with customers finding the process simple, quick and secure. Although this initiative has started with re-mortgages we’re excited about the potential for it to be extended to purchases in the future.”

Meanwhile, an online property sales platform that uses the blockchain to record property transactions has adopted artificial intelligence (AI) technology in its auction process, in the hope of boosting trust by removing human error and putting it “beyond manipulation”.

The company, clicktopurchase, which is open to conveyancers in the UK, Ireland and South Africa, has claimed the value of properties exchanged has passed £200m, up by £25m on the figure it announced six months ago.

That was when we reported [1] the first property digitally exchanged online and moved instantly to a live blockchain.

The AI auctioneer, nicknamed gAbI, will sit alongside the company’s other conveyancing products, which include online private treaty and real-time auctions.

Chief executive Neil Singer said: “We have never liked the online clock-ticking auction approach.  We felt this was seeking to re-invent the way property was auctioned. “

He told Legal Futures that unlike the live auctions that preceded it, AI was “error proof and, most importantly, is beyond any possible manipulation”.

He explained: ”Artificial intelligence runs the auction. Instead of someone typing and interacting with the bidder, an intelligence controls the bidding…

“To date, we have run [auctions] by an agent controlling the room as the auctioneer, coaxing bids, sending messages, closing, etcetera.

“However, humans could make an error, in the same way as a ballroom auctioneer can miss a bid.

“The key is that it provides a live bidding for buyers but in a manner which is trusted as it is totally beyond manipulation.”

Electronic legal contracts are generated and signed through the blockchain, which the company claimed both speeds up the transaction and reduces the work of intermediaries, including solicitors.

However, transactions will still need to be registered at the Land Registry once completed.