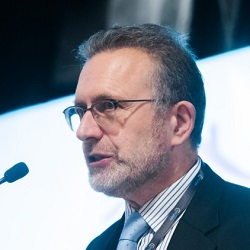 A pilot version of what its solicitor co-founder describes as the “first collaborative conveyancing service” has gone live this week.

Eddie Goldsmith, who developed the concept behind YouConvey, said it was “not about taking work off conveyancers” but “letting them get on with the legal work”.

Mr Goldsmith, former chair of the Conveyancing Association, said YouConvey aimed to cut the time taken for a conveyancing transaction by up to eight weeks both by performing administrative tasks itself and enabling buyers and sellers to do them for themselves.

“Conveyancers don’t get qualified to chase up management companies or help customers complete fixtures and fittings forms,” he said. “By taking some of the non-reserved management tasks out of the transaction, they can get on with the legal work.”

Mr Goldsmith said YouConvey was being developed in partnership with Liverpool tech enabler Nova, which was also a co-founder.

He said Nova provided everything the company needed to go from the proof-of-concept stage to a second funding round, planned for the end of March, in return for shares. At this point work would begin on building the brand and recruiting staff.

YouConvey aims to provide customers with access to all the documentation they need to complete on day one of their transaction, without having to wait for conveyancers to provide them. They are guided through the process by specialist ‘home mover advisors’.

Mr Goldsmith said conveyancers, who had been “struggling to cope” during the recent conveyancing boom, took time from first instruction to open a file and send out terms of business to clients, which had to be signed and returned.

By the time the property information form went out, it could have taken three to four weeks. “We’re going to shortcut that,” he explained.

Mr Goldsmith, who remains on the executive board of the Conveyancing Association as a special adviser, said he was working with a small panel of conveyancing firms, all of which he knew and which provided national coverage. “It’s a small panel, but it will grow as YouConvey expands.”

Mr Goldmsith said he would not be revealing the administration fee at the moment, but the total cost in fees would not be more than an average conveyancing fee.

YouConvey provides the customer with a quote, after which they go through an onboarding process and are presented with the property forms, which they complete at their own pace.

It is the responsibility of YouConvey to bill the client at the end of the transaction. Fees are paid partly on account.

Mr Goldsmith said the home mover advisors were designed to be a “second line of communication to guide the customer through an extremely frustrating process”.

He added: “The government has little appetite for a root and branch review of the process so whatever improvements have to be industry initiatives.

“With YouConvey, home movers will finally be able to take control of their transaction, saving time whilst still receiving the necessary legal support to ensure that all the legal aspects of the transaction are covered.”

The government’s levelling-up white paper published earlier this month spoke about working with the property industry “to ensure the critical material information buyers need to know – like tenure type, lease length and any service charges – are available digitally wherever possible from trusted and authenticated sources, and provided only once”.