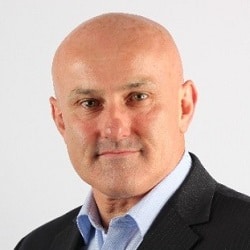 Eight graduate solicitor apprentices have started work at national insurance practice Keoghs, one of the first law firms to offer this approach.

David McIntosh, Keoghs’ people development manager, said the new route would open the profession to those “excluded for financial reasons”, in particular by the cost of the legal practice course (LPC).

Mr McIntosh said there would be a “blended approach” to learning, with apprentices spending a day a week in the classroom at the University of Law (ULaw) over a period of up to 30 months.

The students must pass both stages of the Solicitors Qualifying Exam (SQE) to qualify, which Mr McIntosh said the firm was “absolutely in favour of” because it provided a “fair and consistent measurement of someone’s ability before they become a solicitor”.

He said the firm would benefit from the government’s apprenticeship levy, but the “big benefit” was “releasing the talent that might not be able to afford to study for the LPC”.

The apprentices are starting work alongside eight trainee solicitors, who have passed their LPC and have been at the firm since last spring.

Mr McIntosh said both groups were recruited internally, with seven applications for every trainee solicitor role.

While the training contract was a “two-seat programme”, with one of them being non-contentious, graduate apprenticeships were a “one-seat experience”, with opportunities to work elsewhere in the firm.

He said the new route would open the profession to “many more talented young people who have been excluded for financial reasons”.

ULaw said that, as well as those from Keoghs, it had welcomed its first cohort of graduate solicitor apprentices this month from the likes of Deloitte Legal, the Bank of England, Virgin Media and City law firm Fieldfisher.

In a separate development, international law firm Bryan Cave Leighton Paisner (BCLP) has selected BPP University and BARBRI as its providers for the SQE.

BCLP will send all its LPC and graduate diploma in law students to BPP this September, before the first students to study for the SQE arrive in September 2023.

The law firm said BARBRI’s preparation courses would be used for those who had taken “alternative routes to qualification”, including “career changers and mature students”, and qualified lawyers based outside the UK.

BCLP said it had set up a social mobility fund with BARBRI and BPP University, funding SQE courses for a set number of students based on the firm’s social mobility criteria.

BARBRI has also announced its latest university collaboration, this time with Brunel University London, following the launch of its 40-week SQE 1 prep course with over 300 students on board.

Brunel law students and alumni will receive a discount on BARBRI courses, while and the university law school will award two scholarships a year for a complimentary SQE 1 course.

Meanwhile, the College of Legal Practice – an online-only law school owned by the College of Law Australia and New Zealand – has become the latest to unveil the details of its SQE prep courses: £1,800 for SQE 1 and £2,300 for SQE 2, whether as 12-week full-time or 20-week part-time courses.

It has also launched a series of practice area-specific skills courses.

“We recognise that we need to design legal courses around individual needs, and help learners develop the skills and competencies for success in their careers. By doing so, we hope to ensure a more diverse group of individuals can access and do well in the legal profession.”

Away from the SQE, BPP University Law School is to run what it says is the first higher education course for students which teaches “practical conversation tools to help navigate business small talk”.

It is being designed by specialist conversation trainer Georgie Nightingall, who said: “Small talk is a soft skill that can be worked on and improved with practice. It is often seen as a challenge or a bit of waste of time, but it shouldn’t be because it’s an important way to create trust, connect with people and build relationships.”

A survey of BPP law students found that 30% did not feel comfortable talking in front of a group, while 43% worried that they would be judged by the way they speak.

The university will also offer online modules on ‘how to talk confidently in an unfamiliar setting’ and ‘how to have a difficult conversation’.

In addition, Ravi Nayer, a barrister and partner at Brown Rudnick, will launch a speaker programme to help students present themselves with greater confidence in the workplace, while BPP will work with Aspiring Solicitors – which focuses on increasing diversity in the profession – to create a series of opportunities to build the confidence of student lawyers, and develop their understanding of law firms and their culture.

Finally, the Law Society has raised the recommended minimum salary for trainee solicitors by 1.1% to £20,217 outside London and £22,794 in the capital.

President David Greene said: “We appreciate that, during the Covid-19 pandemic, some firms are facing pay freezes. However, this is a recommended minimum salary – increased in line with inflation as trainees will face increases to their cost of living.

“Many trainees, some of whom only get paid the recommended minimum, have been furloughed this year and are therefore already financially worse off.”

Manda Banerji, chair of the society’s Junior Lawyers Division, added: “According to a recent survey, over a fifth of trainees are currently paid below the recommended minimum level. This is an improvement on previous levels but still leaves many below the threshold of the recommendation.

“The survey also showed that demands on trainees have increased, which makes a fair level of pay more important than ever.”