First chambers to set up abroad opens HQ in London 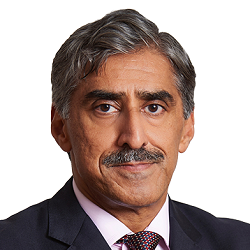 Qureshi: Chambers to distinguish itself

McNair International, the first set of chambers to set up outside England and Wales when it launched in Qatar in 2008, has opened a global HQ in London.

Khawar Qureshi QC, head of what was previously known as McNair Chambers, said that since its opened at the Qatar Financial Centre in 2008, other English chambers had opened around the world, from Singapore and Hong Kong to Dubai, Europe and the US.

He said McNair aimed to distinguish itself through the quality of its advocacy in its four core areas of public and international law, international arbitration, commercial litigation and fraud and regulation.

Mr Qureshi said that big law firms and sets of chambers achieved economies of scale, but at the cost of a “dilution of quality” and increased overheads, which could lead to increased fees.

“Clients are becoming more sophisticated and demanding, and they can see beyond glossy brochures and marketing departments. What concerns them is quality and consistency.”

McNair International is based at Middle Temple. Mr Qureshi, who was based partly at Serle Court, will now be based entirely at McNair. Dominic Dowley QC from Serle Court, and two senior juniors, are joining him.

The inaugural McNair Lecture will be held next month with a speech from Judge Yusuf, former president of the International Court of Justice, on Why international law matters.

Mr Qureshi acted in the first-ever case before the Civil and Commercial Court in the Qatar Financial Centre in Doha and said McNair had acted for almost 60 governments around the world.

He added that although McNair had no immediate plans for further international offices, if there was another jurisdiction which had the “client needs we recognise”, it would be considered.

Meanwhile, 1 Chancery Lane and 9 Gough Chambers have agreed to merge to form a new set that will be known as 5 Norwich Street.

Once the merger is completed in the autumn, all members and staff from 1 Chancery Lane will join those from 9 Gough Chambers in their existing premises at 5 Norwich Street.

It will consist of over 120 barristers, including 14 silks, making it one of the biggest common law sets in the country. Jacob Levy QC and Simon Readhead QC will be joint heads of chambers.

Jacob Levy QC, current head of 9 Gough Chambers, said: “We’ve long been admirers of each other and the prospect of increasing our overall bench strength is hugely appealing to both of us.”