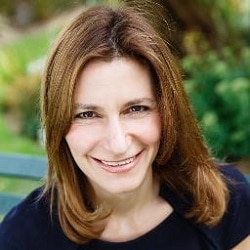 The first element of the Online Court went public today, with a beta test enabling people to issue county court money claims for up to £10,000 more easily.

The Ministry of Justice (MoJ) said the civil money claims pilot scheme “begins to deliver the vision set out by Lord Briggs… where he called for claims worth up to £25,000 to be solved in an online court”.

It will in time replace the “outdated” Money Claims Online (MCOL) system, although this will still be available as an alternative during the pilot.

We reported last month that Mr Justice Birss, chair of the Civil Procedure Rule Committee’s Online Court subcommittee, had warned that the public beta “may have been oversold” – though it has different and more advanced features than MCOL system, “it currently does not take the user any further than MCOL”.

The Online Court as envisaged by the then Lord Justice Briggs in 2016 remains a long way off.

At the same time, more than 1,400 people have already used an earlier private pilot of the system since August 2017.

The MoJ said over 80% of those users, both individuals and small businesses, found the service very good and easy to use.

“Early evidence suggests that the online system has improved access to justice as engagement from defendants has improved,” it added.

Some 40% of users filed a defence, compared to only 22% in the MCOL system. Just over 15% of cases were referred to mediation, one of the goals of the new service. However, only 27% of referred cases went on to a mediation appointment.

Justice minister Lucy Fraser said: “This innovative, quick and easy online system will enable people and small businesses to get back the money that is rightly owed to them.

“This is an excellent example of the work we are doing under our £1bn plan to transform the courts system, allowing people to access justice online and around their busy lives.”

Birss J added: “This is an important step in the modernisation of our courts and tribunals system.

“For too long the perceived delays and complexity of the system have put off too many people from using the civil courts to make a small claim.

“When it is complete this new online route will give members of the public and small businesses a more user-friendly way to access justice. The system now being made available to the public is the first stage in that new route.”

Laura Iron, head of service at the Personal Support Unit, praised the system for avoiding “most of the formal legal language of traditional court processes”, and being “much more intuitive for users”.

Bar Council chairman Andrew Walker QC urged caution, however, saying that the adoption of technology “must not be at the expense of justice itself, or of the involvement of real judges and human interaction in the determination of those disputes in which this is necessary.

“Nor should it be assumed that online processes are open to all, or can lead to an effective outcome in all cases…

“The online civil money claims pilot is a modest first step in the direction of using technology to identify the key issues at the first stage of such claims, and of encouraging litigants to resolve lower-value claims amicably.

“It is right that it is modest. The pilot must be evaluated carefully, and it must not be assumed that lessons learned are necessarily applicable more widely or to more substantial or complex claims.”