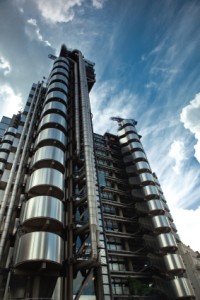 QBE has taken over as the leading insurer of solicitors, figures released yesterday by the Solicitors Regulation Authority have revealed.

Between QBE Insurance (Europe) Ltd and two Lloyd’s syndicates, the Australian-based insurer secured 18.2% of the premiums paid for the primary layer of cover by firms last autumn, up from 12.9% in 2012/13.

Following its decision not to insure firms of up to and including three partners, XL Insurance – which had the biggest market share in the previous two years – saw its business melt away. From 16.5% in 2012/13, it received just 2.2% of premiums in 2013/14.

Travelers was one of the beneficiaries, with the joint share of Travelers Insurance Co and Travelers Syndicate Management reaching 14.7%, up from 11%.

The two main unrated insurers, Alpha and Elite, saw significant gains, to 6.5% and 4% respectively. According to the SRA [2], which will shortly consult on whether to require participating insurers to have at least a ‘B’ credit rating, both are expected to seek and obtain the required rating.

The SRA previously compiled the market share list so as to allocate liability for the assigned risks pool, but has published it this year for information purposes.