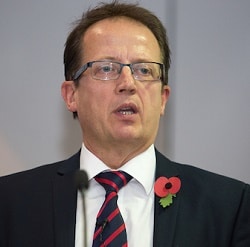 The top-30 accountancy firm which in 2013 was the first accountancy practice to acquire an alternative business structure (ABS) licence from the Solicitors Regulation Authority has taken on a second licence from the Institute of Chartered Accountants in England and Wales.

Speaking at this week’s Legal Futures Innovation Conference, Howard Sears, a partner at Price Bailey, said the second licence was for probate work being carried out by the accountancy firm – rather than the separate SRA-regulated ABS – as part of its private client service.

However, he said: “We’ve done one or two [probate] matters but it needs developing and it needs a champion to pick it up and make it work.”

The first ABS, specialist employment and HR practice Price Bailey Legal Services, was on course to make £1m in fees by 2020, Mr Sears said. It employs three solicitors, a paralegal, and a legal secretary.

He explained the ABS was currently “not actually making any money” but nevertheless provided “intangible benefits”. He said: “We’ve picked up quite a lot of work for the accounting side of things because we’ve also been able to offer employment law alongside that.”

He said that two-thirds of clients were already involved with the accountancy business while the rest were clients solely of the legal business.

Meanwhile, Clive Rich, chairman of LawBite, an online legal services platform aimed at SMEs, told the session that he had obtained an ABS licence last year because he felt it “would be very reassuring for customers… who are not that used to consuming law online”.

LawBite has obtained backing through crowdfunding three times, mainly because it was faster than locating it elsewhere. Mr Rich said: “We had a very populist message, democratising the law, giving traditional lawyers a bit of a kicking. I felt that would be quite popular on CrowdCube and so it proved.”

Another speaker at the session on non-traditional legal businesses was Stephen Ward, managing director of Clerksroom, the innovative chambers which also arranges mediators and has a large public access portal.

He described client demands as an “ever-increasing problem” as people turned to the Internet to investigate legal remedies before seeking legal advice.

Mr Ward continued: “People are getting much more savvy; they are going on the Internet, they look at [legal information] websites like lawdonut.co.uk, places like that, and they come to us ready armed with what they think they know.”

Clients also shopped around to obtain different quotes before selecting a lawyer. But he also observed that client demands were “probably an opportunity”.

He said that the brand of barristers should be better developed: “With ‘Brand Bar’ you’ve got an instantly recognisable brand worldwide. But [barristers] are not getting together and collaborating and pushing the brand. I think we need to do a lot of that from the barristers’ perspective.”

He said Clerksroom – which in addition to its 72 barristers works with some 200 chambers and a network of 18,000 solicitors – had encountered “enormous” demand for its services. It had stopped marketing using Google’s ‘pay per click’ advertising because “doing the organic stuff, looking at our website, has produced more results and better conversions”, he said.

The business had had some of its initial assumptions challenged: “We knew there was a market but we didn’t know that clients would use the service in the way they are using it. We didn’t realise that they would take so much telephone discussion – we thought we could automate a lot of the processes, but we couldn’t.”

He said the business was having problems with barristers failing to invoice for work done, which was using up resources and required a technological solution to resolve: “Last month we had something like £80,000 sitting in the client account… so we are now focusing quite heavily on the back-end automation of the system.”