First ABS attached to a barristers’ chambers launched in Liverpool 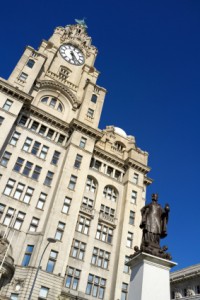 Liverpool-based 7 Harrington Street Chambers (7HS) has launched what is believed to be the first alternative business structure (ABS) attached to a barristers’ chambers.

One of the three barristers is Nigel Power QC, who specialises in crime and fraud. He is joined by fellow crime specialist Jonathan Duffy, and Gregory Plunkett, who carries out civil advocacy.

Mr Plunkett was called to the Bar in 2013 after 25 years as a solicitor, and is the HOLP and HOFA of Harrington Street Law. The company is registered and operates from the same address as 7HS.

A 7HS statement said: “As the shape of the legal landscape changes, we are pleased to be able to change with it and provide a fuller range of services in our core specialisms.

“We look forward to building on existing relationships with our professional colleagues and continuing to provide advocacy services of the highest standard.

“In addition, we will be able to provide a more bespoke service to those clients for whom greater accessibility to our expertise would be advantageous. We will combine a forward-looking outlook with our traditional values and expertise.”

Niche immigration set Richmond Chambers became the first ABS licensed by the SRA without any solicitors in 2013. The set concentrates on direct access work.