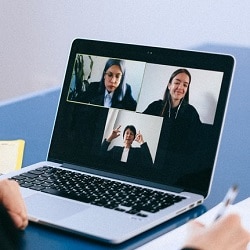 Law firms worry that closing flagship offices in big cities as part of the shift to work from home will hit their market share and damage their local reputation, new research has found.

At the same time, most firms expect more home working to be a permanent feature of the future and feel it will benefit their practices.

The third pandemic-related survey conducted by accountancy firm Saffery Champness in association with the Institute of Legal Finance & Management found that 46% of firms spent between 5% and 10% of their annual income on property running costs, and 29% of firms paid more than this.

“Despite the scale of this cost, firms derive a real tangible benefit from their offices and, of those two-thirds of participating firms with more than one office, almost 70% cite the need to attract clients in a particular area as being the primary reason for operating from multiple locations.”

Though post-pandemic remote networking was likely to retain an “enduring place in a firm’s business development diary”, face-to-face meetings will still be required, the survey went on.

“This means that the need to have a city office will still be important for many professional service firms, but the prospective client pool in which they are fishing may become smaller as other businesses either move away from these locations, or are engaged with in other ‘virtual’ ways.

“With physical interaction and networking events sitting at an unprecedented low, does this leave the door open for firms to make a name for themselves by offering something new?

“These considerations are consistent with how participants responded when we asked them for their view on the primary threat of not having an office in a major city. Two thirds of firms stated that losing market share to their peers and the negative perception of not having a flagship office are major considerations.”

The perception issue was particularly important where the culture and ‘brand’ of the firm are deeply rooted in their local identity, as this was seen as an attraction for both clients and staff, researchers went on.

“Although there will be staff members who will happily set foot in the city office as infrequently as possible, there will be many firms that have sold their brand to staff through their flagship office and those members of staff have thrived in the modern, exciting collaboration spaces that these offices provide.

“It is difficult to see how such firms will be able to ignore the important role that their flagship office provides, but it is possible that we will see a decline in the use of satellite or small branch offices being used by regional firms as a way to establish a city presence.”

Though more than 15% of firm actually predicted increasing in office space over the coming years, nearly two-thirds expected a relatively modest reduction in office space of up to a quarter.

Of those firms considering a reduction in office space, or closing offices altogether, almost one third were considering closing their head office, which the survey said was likely to be where the head office designation may just be an operational title because the finance, IT and other central support functions were based there.

Asking about increased remote working, a happier workforce was the main opportunities identified by firms, with the risk to productivity a significant negative, along with barriers around knowledge and information sharing, and the impact on the sense of team and being part of a firm’s culture.

In terms of non-fee-earning operations, the impact on marketing and business development activity was the single greatest concern for firms.

Prior to the pandemic, an overwhelming 89% of firms allowed staff to work no more than one day a week at home, with 67% only permitting it in exceptional circumstances, figures that have fallen to 33% and 20% since.

“Interestingly, when we asked firms for their view on who would benefit most from the shift towards greater agile working practices, the majority of respondents who felt there will be a change to their policy believe that the firm as a whole will see the greatest net benefit.”